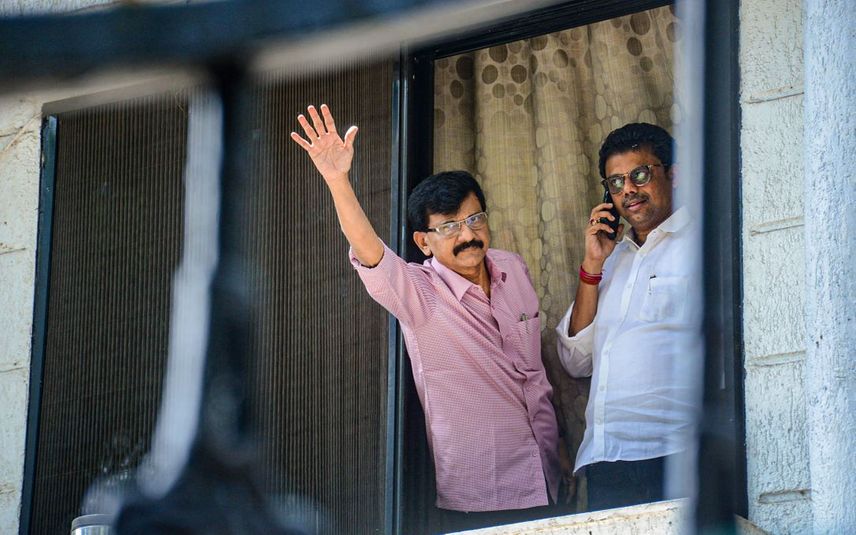 Mumbai: The Enforcement Directorate officials on Sunday detained Shiv Sena leader Sanjay Raut in connection with the Patra Chawl land scam case in Mumbai after hours of conducting raids at his residence.

On June 28 this year, Sanjay Raut was summoned by the Enforcement Directorate (ED) in connection with the prevention of the money laundering case pertaining to the Rs 1,034 crore Patra Chawl land scam.

Refusing to join the probe and citing the Monsoon Session of Parliament as a reason for not joining the probe, he had then dared the probe agency to arrest him. Later, he reached the ED office.

The ED, which took Pune-based businessman Avinash Bhosale into custody earlier in connection with the DHFL-Yes Bank case, wants to grill Raut in this matter too, as per sources. They claimed that Patra Chawl case of ED is also linked to the DHFL case.

In April, the ED provisionally attached assets worth over Rs 11.15 crore of Raut's wife Varsha Raut and two of his associates as part of this investigation.

The attached properties are in the form of land held by Pravin M Raut, Sanjay Raut's aide and a former director of Guru Ashish Construction Pvt Ltd, at Palghar, Saphale (town in Palghar) and Padgha (in Thane district).

According to the ED, Sujit Patkar is a close associate of Sanjay Raut. After arresting Pravin Raut in February, the ED had said he appears to be "acting as a front" or in collusion with some influential person(s).

The agency had said during the probe it was revealed he made payments to certain "politically exposed persons". (ANI)