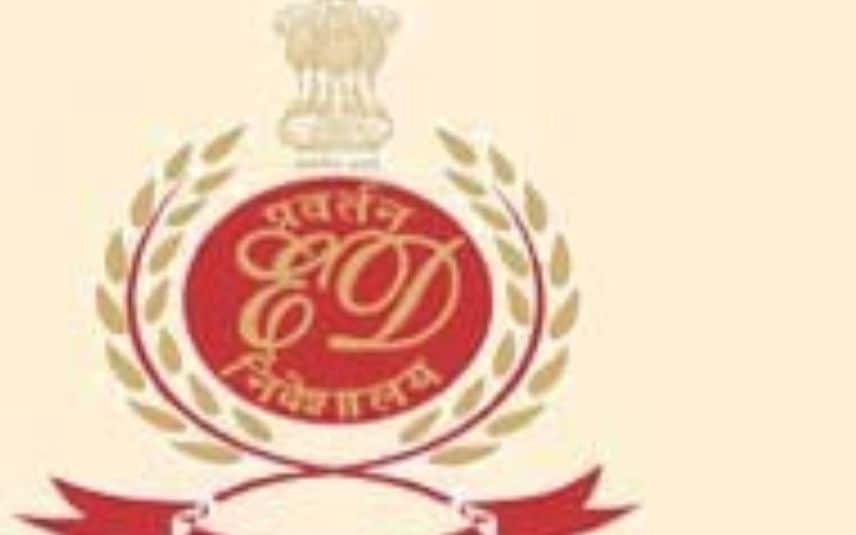 New Delhi:The ED on Wednesday said it has attached bank deposits of more than Rs 68.62 lakh of Islamist body PFI and its "front" organisation Rehab India Foundation in connection with a money laundering investigation against them.

A provisional order under the Prevention of Money Laundering Act (PMLA) has been issued by the federal probe agency as part of which a total of 33 bank accounts of the two organisations have been attached.

Twenty-three bank accounts of the Popular Front of India (PFI) having collective balance of Rs 59,12,051 and 10 bank accounts of PFI's front organisation Rehab India Foundation (RIF) having collective balance of Rs 9,50,030 have been attached in the ongoing money laundering investigation against PFI and its related organisations, the Enforcement Directorate said in a statement.

Following the developments, the PFI issued a brief statement saying, "As per media reports it has come to our notice that ED has provisionally attached bank accounts of PFI. We are reviewing this report and will issue a statement tomorrow."

The ED has been investigating the PFI's alleged "financial links" on charges of fuelling the anti-Citizenship (Amendment) Act protests in the country, the Delhi riots that took place in February, 2020, alleged conspiracy in the Hathras (a district in Uttar Pradesh) case of alleged gangrape and death of a Dalit woman and a few other instances.

The Islamist organisation was formed in 2006 in Kerala and is headquartered in Delhi.

It has filed two charge sheets against PFI and its office bearers before a special PMLA court in Lucknow.

Talking about the latest action, the ED said a probe found "huge amounts of money including cash from questionable sources have been received by PFI and RFI. An amount of more than Rs 60 Crore has been deposited in the accounts of PFI which includes cash deposits of more than Rs 30 crore since 2009."

"Similarly, around Rs 58 crore have been deposited in the accounts of RIF since 2010," it said.

The agency alleged that PFI, in "active collusion" with other associated accused indulged in the money laundering.

PFI, it said, was "covertly" mobilising funds through well-organised network in Gulf countries as part of criminal conspiracy and these proceeds of crime were secretly and "clandestinely" sent to India through underground and illegal channels and by way of foreign remittances into the bank accounts of sympathisers/office bearers and members and their relatives/associates in India."

These funds were subsequently transferred to the bank accounts of PFI, RIF and other individuals/entities.

"In this way, the proceeds of crime have been placed, layered and integrated and therefore projected as untainted money in the bank accounts of PFI as well as RIF."

"This has been done as a part of a larger criminal conspiracy of PFI and its related entities to raise funds within the country and abroad to carry out various unlawful activities which have resulted in the registration of numerous FIRs/complaints against them for commission of scheduled offences over time and the filing of charge sheets and conviction of its members/office-bearers," the ED said.

The PFI had earlier denied any wrongdoing and saying that the ED and other central agencies were "harassing" them and the organisation will fight these charges through "legal and democratic means".