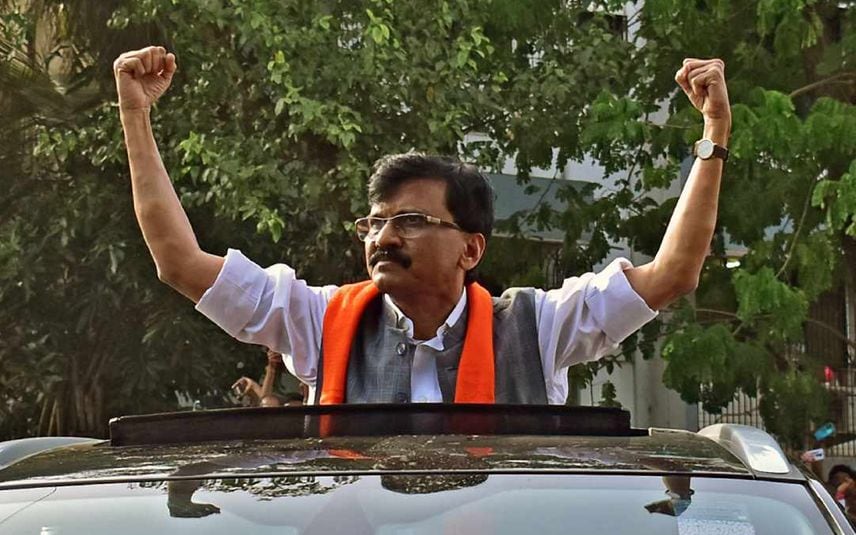 Mumbai: The Enforcement Directorate (ED) has arrested Shiv Sena MP Sanjay Raut in a money laundering case linked to alleged irregularities in the redevelopment of a Mumbai 'chawl', officials said.

Raut, 60, was arrested after over six hours of questioning at the ED's zonal office in south Mumbai's Ballard Estate.

He was taken into custody at 12:05 am on Monday under the Prevention of Money Laundering Act (PMLA) as he was not cooperating in the probe, the officials claimed.

The Rajya Sabha MP of the Sena, led by former Maharashtra chief minister Uddhav Thackeray, will be produced before a special PMLA court in Mumbai later in the day, where the Enforcement Directorate will seek his custody.

An agency team had on Sunday reached his residence in Mumbai's Bhandup area, where they conducted a search, questioned Raut, and by evening, summoned him for questioning at the agency's local office. The team also seized Rs 11.5 lakh in cash during the search, the officials said.

Before entering the ED office, Raut told reporters that the federal agency's action was aimed at trying to weaken the Shiv Sena and Maharashtra and that a "false" case was prepared against him.

The ED probe pertains to alleged financial irregularities in the redevelopment of Patra 'chawl' and related financial property transactions involving his wife and alleged associates.

In April, the ED provisionally attached assets worth over Rs 11.15 crore belonging to his wife Varsha Raut and two of his associates as part of this investigation.

The attached properties are in the form of land held by Pravin M Raut, Sanjay Raut's aide and a former director of Guru Ashish Construction Pvt Ltd, at Palghar, Saphale (town in Palghar) and Padgha (in Thane district).

The agency is understood to have questioned the Sena leader about his "business and other links" with Pravin Raut and Patkar and also about the property deals involving his wife.