EC must give explanation why it announced polls for Himachal, Gujarat on separate dates: Cong 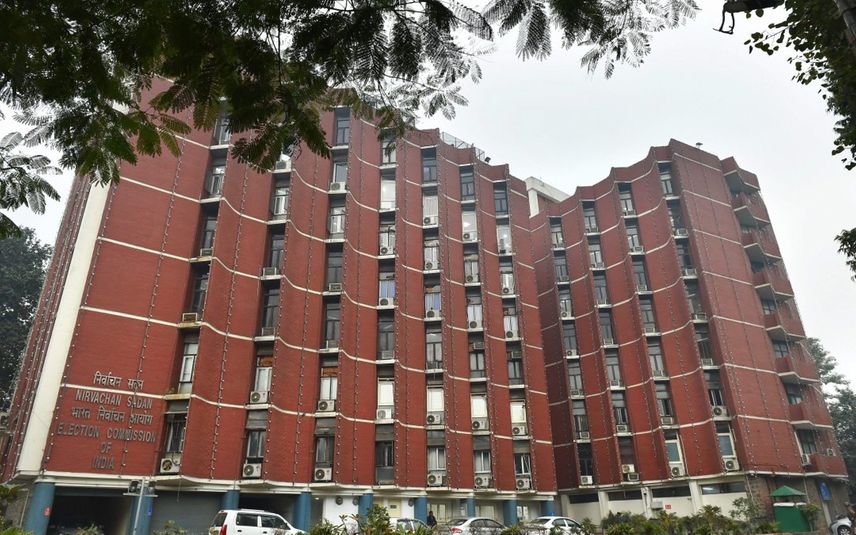 A general view of Election Commission of India building in New Delhi | Photo:PTI|File

New Delhi: The Congress on Thursday said the Election Commission must give an explanation to the people of the country as to why it announced the poll schedule for Himachal Pradesh and Gujarat on separate dates even though counting of votes would be held on the same day.

Congress's Gujarat in-charge Raghu Sharma alleged that the BJP got time to hold several rallies on official expense and misused public resources to the hilt in Gujarat.

"The Election Commission should give an explanation as a constitutional body that while counting of votes for elections in both states will be on the same day, why elections were announced on different dates," Sharma said.

He also attacked Prime Minister Narendra Modi over the Morbi bridge collapse, saying when the tragedy happened the Congress had cancelled all political programmes but the prime minister "went ahead with official programmes".

Sharma said the Congress was working very hard in Gujarat and the results to the polls in the state will be "surprising".

He also alleged the Aam Aadmi Party and the All India Majlis-E-Ittehadul Muslimeen were the "B-team of the BJP" and were only there to cut votes.

Sharma asserted that the fight in Gujarat will be between the BJP and the Congress.

Pawan Khera said time was given to prime minister to participate in "ribbon-cutting" ceremonies. He said the people of Gujarat want change and are liking the promises put forward by the government.

"We are going into the polls with full confidence and would form the government," he said.

Earlier, in a tweet, Congress president Mallikarjun Kharge said seven crore Gujarati sisters and brothers consider only Congress as an option for change.

He also shared Congress' election promises such as LPG cylinder at Rs 500, free electricity up to 300 units, free treatment and medicines up to Rs 10 lakh and loan waiver of farmers up to Rs 3 lakh.

Kharge also said that if the Congress comes to power it would close the contract system in government jobs, provide Rs 300 unemployment allowance, set up 3,000 government english medium school, Rs 5/Litre subsidy on milk in co-operative societies and 4 lakh compensation each to the families of 3 lakh people who lost their lives due to the Covid pandemic.

Gujarat will go to polls in two phases on December 1 and 5 with the counting of votes on December 8 along with that of Himachal Pradesh, Chief Election Commissioner Rajiv Kumar announced on Thursday.

The Himachal Pradesh polls were announced on October 14.

Of the total 182 assembly seats in Gujarat, voting for 89 seats will be held on December 1 and the balance 93 seats on December 5.