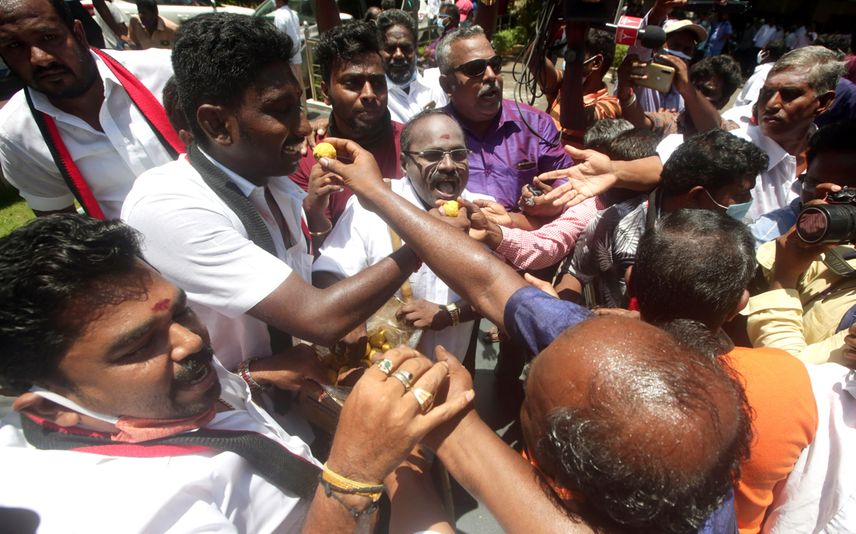 New Delhi: Considering inputs of victory celebrations at some locations during counting of votes for 822 Assembly seats in four states and one Union Territory, the Election Commission on Sunday directed heads of political parties to prohibit these celebrations.

The poll panel's order came after it found out about such celebrations by the followers of some political parties in some states despite the commission's two orders issued last month and one on Sunday to ban such activities to avoid Covid spread.

The commission directed that "urgent action by heads of political parties" should be taken to prohibit victory celebrations during or after counting of votes which began at 8 a.m. on Sunday in Assam, Tamil Nadu, West Bengal, Kerala and Puducherry. The election was concluded in these regions last month.

"It has been brought to the notice of the commission that even after the directions already issued to ban victory celebrations during counting day until the period of MCC (Model Code of Conduct), at some locations in some states, the victory celebrations are being carried out today (Sunday) by the party workers in contravention of the commission's direction dated April 27, 2021, April 28, 2021 and May 1, 2021 wherein such kind of gatherings are prohibited," the EC said in a letter.

The commission has expressed its "displeasure on the failure of certain parties to abide by the extant instructions or guidelines".

In view of the situation, the commission said, it is "utmost necessary that you direct or guide your party representatives or followers with strictness to stop them to celebrate and show restraint in these challenging times and ask them to behave strictly in accordance with the ECI's instructions and extant instructions on Covid issued by NDMA or SDMA".

The commission earlier directed Chief Secretaries and Director General of Police in all the five states and UT to take penal actions including FIR against the violation in all such cases under the Disaster Management Act, 2005 and other relevant laws.

The Election Commission on April 27 had banned all victory processions after counting of votes in states where assembly polls were held to check the spread of coronavirus.

In view of the surge in Covid-19 cases throughout the country, the commission has decided to make more stringent provision to be followed during the process of counting, warning "no victory procession after the counting on May 2 shall be permissible".

It also said that "Not more than two persons shall be allowed to accompany the winning candidate or his/her authorised representative receive the certificate of election from the returning officer concerned."

The decision to ban victory processions came a day after the Madras High Court came down heavily on the poll panel for failing to implement Covid guidelines during campaigning.

Assembly polls: EC bans victory processions on or after counting of votes amid COVID surge