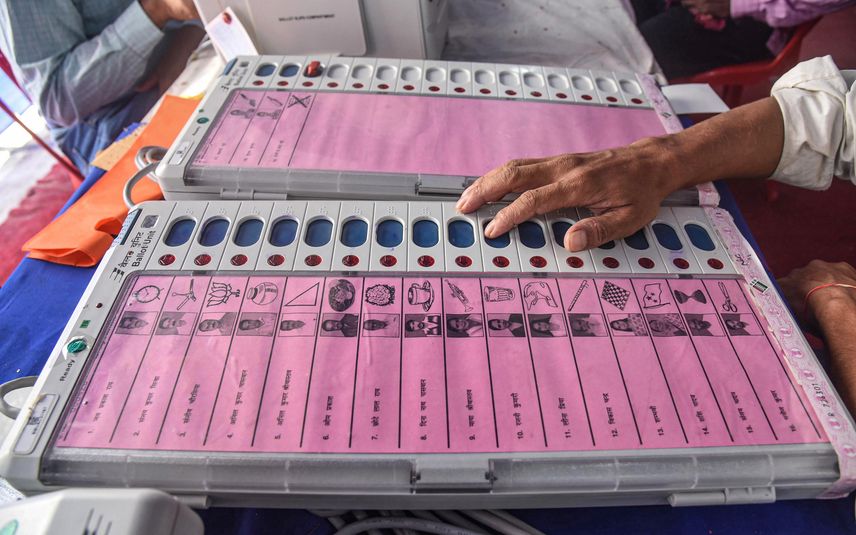 New Delhi: Himachal Pradesh will go to polls on November 12 to elect its next government and the results will be declared on December 8, the Election Commission of India (ECI) announced on Friday.

The ECI did not announce the dates of the Gujarat Assembly polls which were also expected to be held by the end of this year.

The ECI held a press conference for the election schedule announcement of Assembly elections in Gujarat and Himachal Pradesh on Friday. "We are committed to conducting free and fair elections," says EC commissioner at the press conference.

We are making efforts to increase the participation of people in elections and we also try to manifest women empowerment through elections, he added.

In the results declared for all the 182-seated Gujarat Assembly, BJP won 99 seats, Congress wins 77, 1 seat was won by NCP while Bhartiya Tribal Party and Independent candidate won 2 and 3 seats respectively.

Himachal Pradesh voted to elect its legislative assembly on November 9, 2017.In the 68-member Himachal Pradesh Legislative Assembly election, the Bharatiya Janata Party (BJP) defeated the Congress Party and won 44 seats while Congress secured only 21 seats in 2017.

At present, in Himachal Pradesh legislative assembly, the BJP has 45 MLAs, while Congress has 22 and CPIM has 1 MLA.

In the upcoming state elections, The AAP is looking to set foot in Gujarat and Himachal Pradesh.In Gujarat, AAP could not open its account in the previous Assembly elections. After a massive victory in Punjab, the party is looking to spread its wings to other parts of the country.

Meanwhile, in Himachal Pradesh, the Congress is gearing up to challenge the BJP.With the announcement of the election schedule in both states, the model code of conduct will come into force.