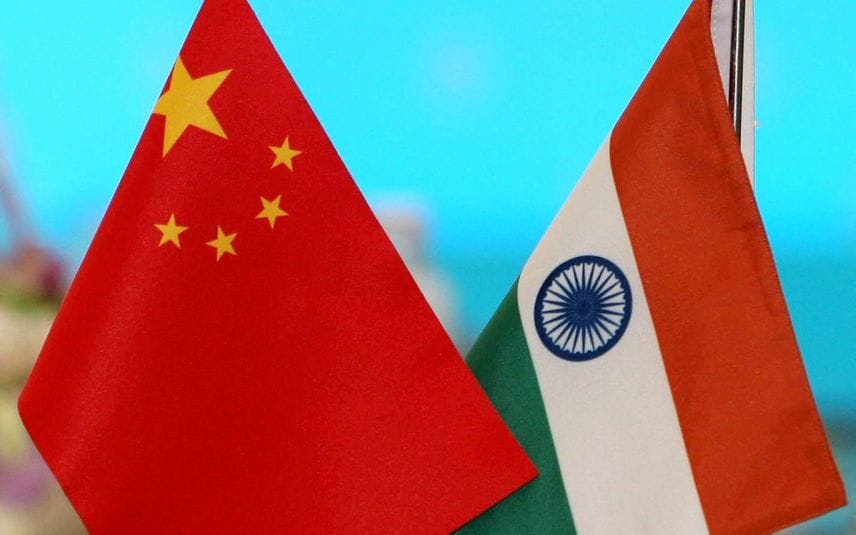 New Delhi: India and China failed to make any breakthrough in resolving outstanding issues on the remaining friction points in eastern Ladakh at the 16th round of military talks on Sunday, but agreed to maintain dialogue to arrive at a mutually acceptable resolution at the earliest.

A day after the nearly 12-and-half-hour talks, the two sides, in a joint statement on Monday, reaffirmed that the resolution of the pending issues would help in the restoration of peace and tranquility along the Line of Actual Control (LAC) in the region and enable progress in bilateral relations.

At the talks, India strongly pressed for early disengagement of troops from all the remaining friction points in the region and demanded the restoration of the status quo ante as of April 2020 -- before the start of the military standoff, official sources said.

The joint statement said the two sides agreed to maintain security and stability on the ground in eastern Ladakh and agreed to stay in "close contact" and maintain dialogue through military and diplomatic channels to work out a mutually acceptable resolution to the remaining issues "at the earliest".

Ahead of the talks, official sources said there were some expectations of progress on completing the disengagement process at Patrolling Point-15 in the Hot Springs area.

"Building on the progress made at the last meeting on 11th March 2022, the two sides continued discussions for the resolution of the relevant issues along the LAC in the Western Sector in a constructive and forward-looking manner," the statement said.

"They had a frank and in-depth exchange of views in this regard, in keeping with the guidance provided by the state leaders to work for the resolution of the remaining issues at the earliest," it said.

The government refers to the eastern Ladakh region as the Western sector.

"The two sides reaffirmed that the resolution of remaining issues would help in the restoration of peace and tranquility along the LAC in the Western Sector and enable progress in bilateral relations," the statement said.

It said, in the interim, the two sides agreed to maintain the security and stability on the ground in the region.

"The two sides agreed to stay in close contact and maintain dialogue through military and diplomatic channels and work out a mutually acceptable resolution of the remaining issues at the earliest," it said.

The talks took place at the Chushul Moldo meeting point on the Indian side of the LAC in the region.

The Indian delegation at the talks was led by Lt-General Anindya Sengupta, the commander of the Leh-based 14 Corps, while the Chinese team was headed by South Xinjiang Military District Chief Major General Yang Lin.

The 15th round of military dialogue took place on March 11 and it too failed to yield any significant outcome.

It is learnt that the Indian delegation also sought resolution of pending issues in Depsang Bulge and Demchok.

India has been consistently maintaining that peace and tranquillity along the LAC were key for the overall development of the bilateral ties.

The 16th round of military talks was held 10 days after External Affairs Minister S Jaishankar met his Chinese counterpart Wang Yi in Bali.

At the one-hour meeting on the sidelines of a conclave of foreign ministers of the G20 nations, Jaishankar conveyed to Wang the need for early resolution of all the outstanding issues in Eastern Ladakh.

The eastern Ladakh border standoff erupted on May 5, 2020, following a violent clash in the Pangong lake areas.

Both sides gradually enhanced their deployment by rushing in tens of thousands of soldiers as well as heavy weaponry.

As a result of a series of military and diplomatic talks, the two sides completed the disengagement process last year on the north and south banks of the Pangong lake and in the Gogra area.