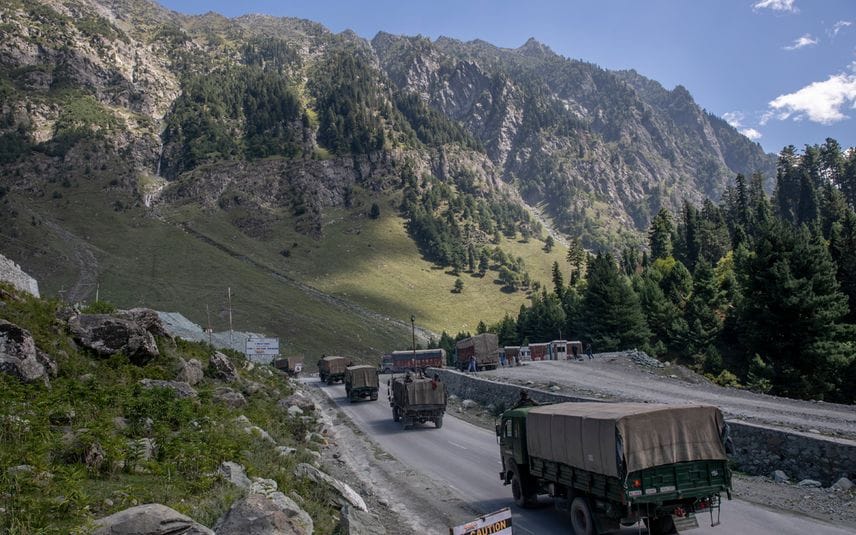 New Delhi:India and China on Tuesday agreed to hold the next round of the Senior Commanders' meeting at an early date to achieve complete disengagement from all friction points in eastern Ladakh to create conditions for the restoration of normalcy in bilateral ties.

It was the only decision taken at a meeting of the Working Mechanism for Consultation and Coordination (WMCC) on the India-China Border Affairs as there was no concrete forward movement in resolving the lingering border standoff in eastern Ladakh which is in its third year.

The Ministry of External Affairs (MEA) said the two sides reviewed the situation along the Line of Actual Control (LAC) in the Western Sector of India-China border areas and agreed to hold the next round of the Senior Commanders' meeting "at an early date".

The eastern Ladakh region is officially referred to as the Western Sector.

The previous meeting under the framework of the WMCC had taken place in November while the 15th round of military dialogue was held on March 11 this year.

"The two sides exchanged views on the current situation along the LAC in the Western Sector in Eastern Ladakh," the MEA said.

"They agreed that as instructed by the two foreign ministers, both sides should continue the discussions through diplomatic and military channels to resolve the remaining issues along the LAC at the earliest so as to create conditions for the restoration of normalcy in bilateral relations," it said.

"In this context, they agreed to hold the next (16th) round of the Senior Commanders meeting at an early date to achieve the objective of complete disengagement from all friction points along the LAC in the Western Sector in accordance with the existing bilateral agreements and protocols," the MEA added.

It said it was recalled in the talks that since the last meeting of WMCC in November both sides held the 14th and 15th rounds of the Senior Commanders' meeting in January and March respectively.

The statement by the MEA also referred to Chinese Foreign Minister Wang Yi's visit to India in March during which he held discussions with External Affairs Minister S Jaishankar and National Security Advisor Ajit Doval.

The Indian delegation at the talks was led by the Additional Secretary (East Asia) in the MEA while the Chinese team side was headed by the Director-General of the Boundary and Oceanic Department of the Chinese Foreign Ministry.

On May 9, Army Chief Gen Manoj Pande said China's intention has been to keep "alive" the overall boundary question with India though it remains the "basic" issue between the two countries.

He said that the Indian Army's aim was to restore the status quo ante prior to April 2020 in eastern Ladakh.

As a result of the military talks, the two sides completed the disengagement process last year on the north and south banks of the Pangong lake and in the Gogra area.

India has been consistently maintaining that peace and tranquillity along the LAC were key for the overall development of the bilateral ties.