During meet with Russian FM, PM Modi calls for cessation of violence in Ukraine

The meeting is quite significant as it comes at a time when India continues to stay neutral over Russia's war on Ukraine. Lavrov on Friday said that India can mediate between Moscow and Kyiv as the peace talks between the two counties failed to come up with solutions yet to end the war. 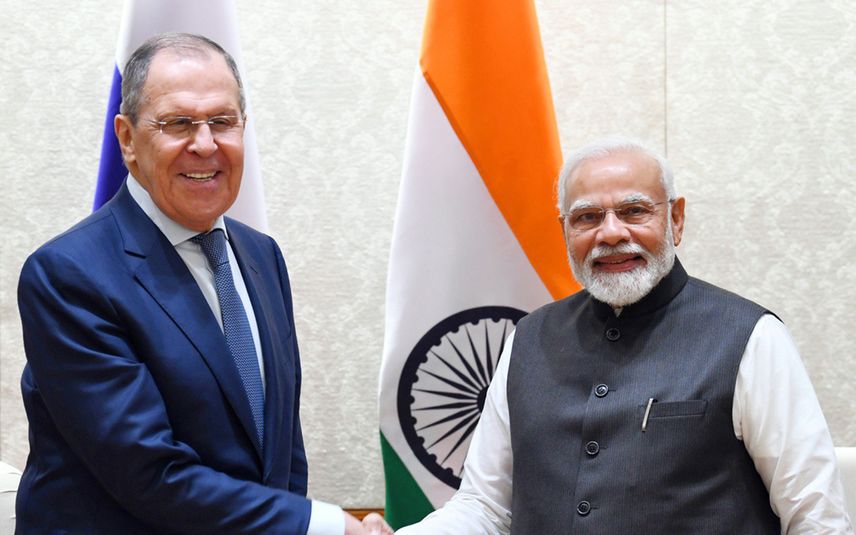 New Delhi: Prime Minister Narendra Modi on Friday met Russian Foreign Minister Sergei Lavrov here in the national capital and reiterated his call for an early cessation of violence, and conveyed India's readiness to contribute in any way to the peace efforts.

Lavrov also updated the Prime Minister on the progress of decisions taken during the India-Russia bilateral Summit held in December 2021.

The meeting is quite significant as it comes at a time when India continues to stay neutral over Russia's war on Ukraine. Lavrov on Friday said that India can mediate between Moscow and Kyiv as the peace talks between the two counties failed to come up with solutions yet to end the war.

Responding to an ANI question on the possibility of India becoming a mediator between Russia and Ukraine, he said, "India is an important country. If India sees to play that role which provides resolution of the problem...If India is with its position of a just and rational approach to international problems, it can support such process."

"I believe that Indian foreign policies are characterized by independence and the concentration on real national legitimate interests. The same policy is based in the Russian Federation and this makes us, as big countries, good friends and loyal partners," he said.

He also slammed for calling the special operation in Ukraine a war when asked about the developments in Ukraine, Lavrov said, "You called it a war which is not true. It is a special operation, military infrastructure is being targeted. The aim is to deprive the Kyiv regime of building the capacity to present any threat to Russia."

He also replied to ANI on how he sees India's position in the ongoing war, offer of oil supply to India, and any confirmation on Rupee-Ruble payment and sanctions.

"Talks are characterized by relations which we developed with India for many decades. Relations are strategic partnerships...This was the basis on which we've been promoting our cooperation in all areas," said Lavrov.