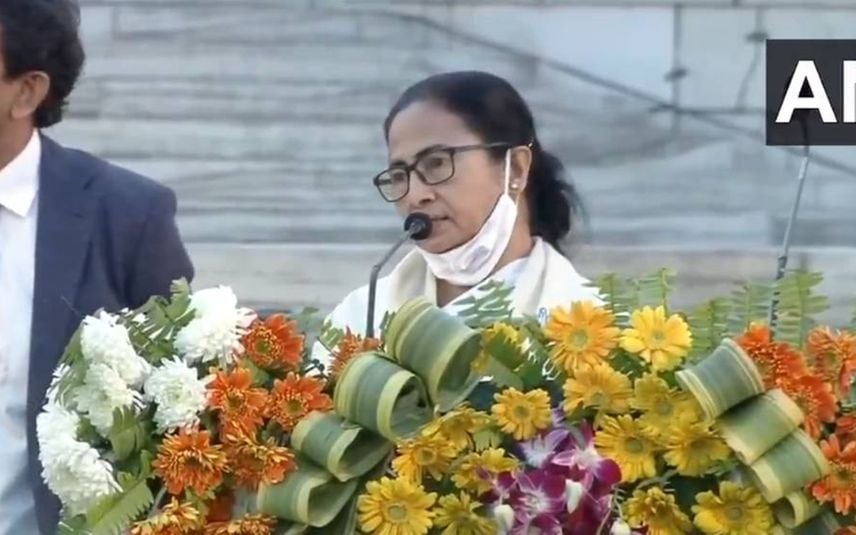 If you invite someone to a government programme, you should not insult them This was unacceptable, she said.

Banerjee had not started her speech when the slogan was raised by a section of the crowd at the Victoria Memorial event to celebrate the 125th birth anniversary of the legendary freedom fighter.

"I think government's program should have dignity. This is not a political program.... It doesn't suit you to insult someone after inviting them. As a protest, I won't speak anything. Jai Bangla, Jai Hind," she said, wrapping up after Jai Shri Ram slogans were raised when she was invited to speak.