Domestic interests should not be forgotten while taking global goals, says SC judge to PM 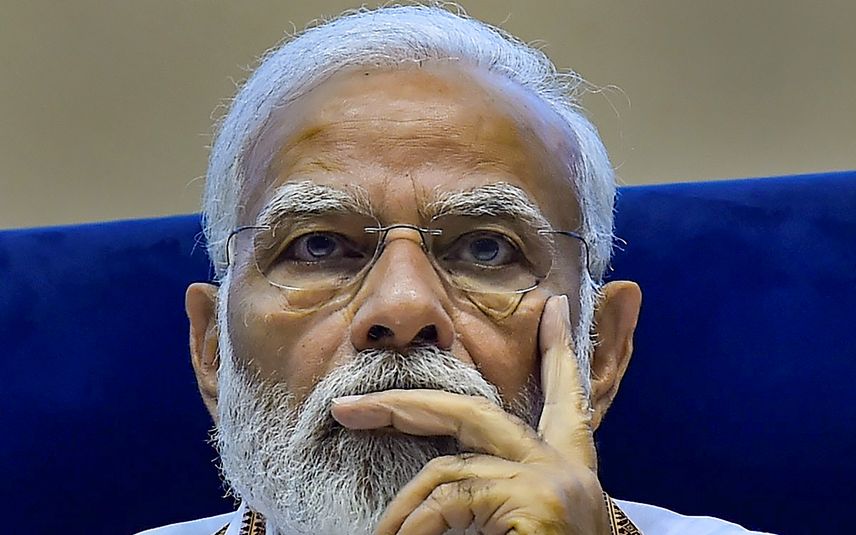 Justice Nath, speaking on the theme ‘Fundamental Duties vis-à-vis Fundamental Rights' at the 2nd Justice H R Khanna National Symposium, also said the duties should be fulfilled before expecting rights to be respected and it is deeply flawed to think that individual rights trump that of the collective.

Justice Nath said that Prime Minister Modi's approach of “thinking globally but acting locally" also implies that while our vision must be to compete globally, it must equally be concerned about the interest and rights of others in the country.

“Our prime minister has time and again stressed upon the approach of "thinking globally but acting locally", implying that our vision must be to compete globally whilst being equally concerned about the interest and rights of all around us in our country.

“The word 'locally' has immense significance attached to it, which means when we take our international goals forward, the domestic interests should not be lost sight of,” the judge said.

Justice Nath said that the fundamental duties under the Indian Constitution have always preceded rights and in a proper balance of rights and duties, duty towards the social structure comes first, followed by assertion of personal rights.

“What is the right of an individual? Maybe the collective duty of others owed to him. Likewise, what may be the duty of an individual towards the collective may be vital for the greatest enjoyment of rights by another set of individuals. It would be a deeply flawed thinking if any person feels that his rights trump that of the collective. In proper balancing of both, duty towards the social structure comes first followed by assertion of personal rights with respect to our contemporaries,” he stated.

Justice Nath said that rights and duties are two sides of the same coin and fundamental rights were incorporated in our Constitution to ensure a sense of security and equality for our diverse population but they cannot stand alone and have to be read along with fundamental duties.

“A citizen of India has the right to life but the Indian Constitution also places a duty on him to respect other peoples' lives and to avoid putting his own life at risk. The existence of duties allows for enjoyment of rights. There is a fundamental duty for each basic right. In case if a person doesn't carry out his duties the concept of rights and duties to have a welfare and peaceful society renders meaningless,” he said.

“Fundamental duties have always preceded rights and they have to be seen in their entirety. The Supreme Court of India also, in a host of judgments, has reiterated the same view,” he added.

The Supreme Court judge explained that the “chariot of life is propelled by two wheels of rights and duties” and duties have forever preceded the existence of rights in any era in any society.

“If rights and duties co-exist and strengthen one another, we can attain the ultimate purpose that rights and duties serve-a welfare society and hence exercising one's rights also entails respecting the rights of others. The foundation pillars of any long lasting civilisation have been the duties of the citizens towards each other from which rights emanate,” he said.

Justice Nath referred to the Ramayana and Bhagavad Gita to assert the significance of duties and said that the concept of duties has deep roots in Indian civilisation where the society is based on ‘dharma'.

Even internationally, conventions assert that everyone has duties towards the community and the developed countries give a premium to duties over individual rights, he said.

While recalling his experience as the Chief Justice of the Gujarat High Court during the pandemic, Justice Nath said that the courts were trying to protect fundamental rights of people while requesting them to adhere to fundamental duties.

In his address, Justice Nath also recalled the contribution of Justice H R Khanna towards protecting the constitutional provisions of right to life and liberty during the Emergency and said that “the Emergency was one of the most fateful events in the history of our nation when human rights were being trampled at the altar of despotism.” PTI