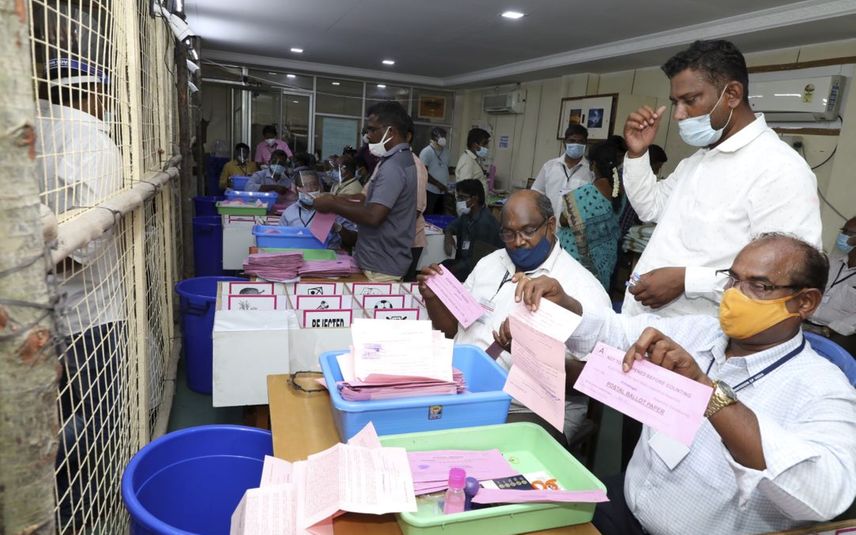 Chennai: Trends continued to indicate a clear edge for the DMK combine over the ruling AIADMK front as counting of votes for the April 6 assembly elections got underway on Sunday.

The DMK combine is leading in 141 Assembly constituencies while the AIADMK front is ahead in 88
segments, according to trends available till 11.45 am.

Victory in 118 of the total 234 constituencies will ensure a simple majority.

A key pointer in the trends available so far is that there is no distinct wave in favour of the DMK and that the AIADMK continued as a force to be reckoned with despite the burden of a 10-year anti-incumbency. Exit polls had projected anywhere between 160 and 190 seats for the DMK front.

Leader of opposition and DMK president M K Stalin was ahead in Kolathur constituency here and his son and party youth wing secretary Udhayanidhi Stalin continued to be ahead in Chepauk-Triplicane segment.

In Coimbatore South, the fight is neck and neck between Makkal Needhi Maiam chief Kamal Haasan and Congress party's Mayura Jayakumar while BJP's Vanathi Srinivasan is in third spot currently.

The fortunes of Haasan and Jayakumar kept swinging as votes were taken up for counting from various
areas and currently, Haasan is leading.