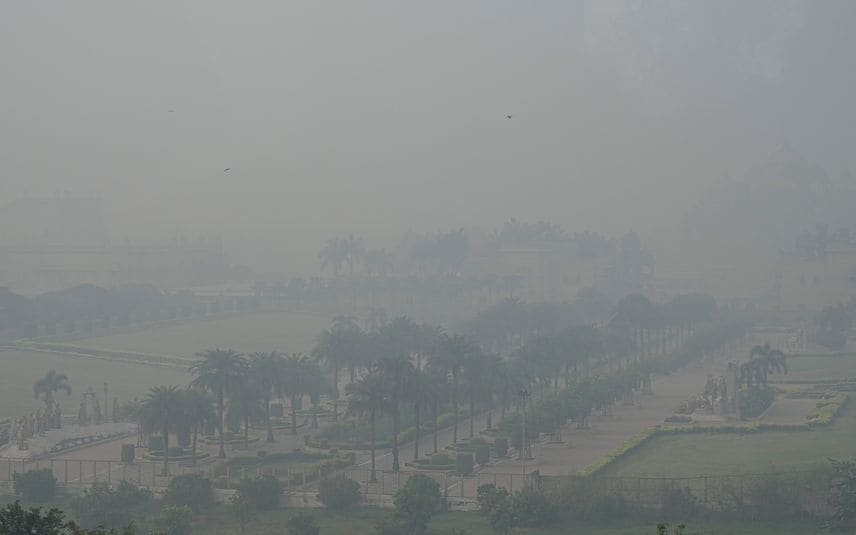 New Delhi: Delhiites woke up on Thursday to a thick envelope of smog as air quality in the national capital and in adjoining regions, dipped into severe category again.

The Air Quality Index (AQI) in the national capital at 8 am was at 364 (in the 'Very Poor' category) and at 7 am the recorded AQI stood at 408 ('Severe'). Unfavorable meteorological conditions with slower wind speed and sudden spike in farm fire incidents are attributed to the dip in air quality.

Noida, which is part of the national capital region, slipped to an AQI of 393, in the 'very poor' category, while Gurugram's AQI stood at 318 and continued to remain in the 'very poor category, as per data released by SAFAR (System of Air Quality and Weather Forecasting And Research) India.

North Delhi Air Quality recorded the poorest as almost all the stations in the region displayed AQI above 400.

Most of the stations in the capital have an AQI above 300 with the exceptions of a few like Mandir Marg in central Delhi.

According to data by SAFAR, Dhirpur in Model Town plunged to an AQI of 457-a level at which even healthy people can fall ill.

The AQI near IGI Airport (T3) also stood in the 'Very Poor' category today at 346. On Wednesday, the AQI in the area was recorded 350.

With air pollution worsening in the national capital, Delhi authorities halted all construction work and demolition activities till further orders.

The National Commission for Protection of Child Rights (NCPCR) has urged the Delhi government to shut schools till air quality improves.

Delhi's air index to be 'poor' for next three days, says IMD