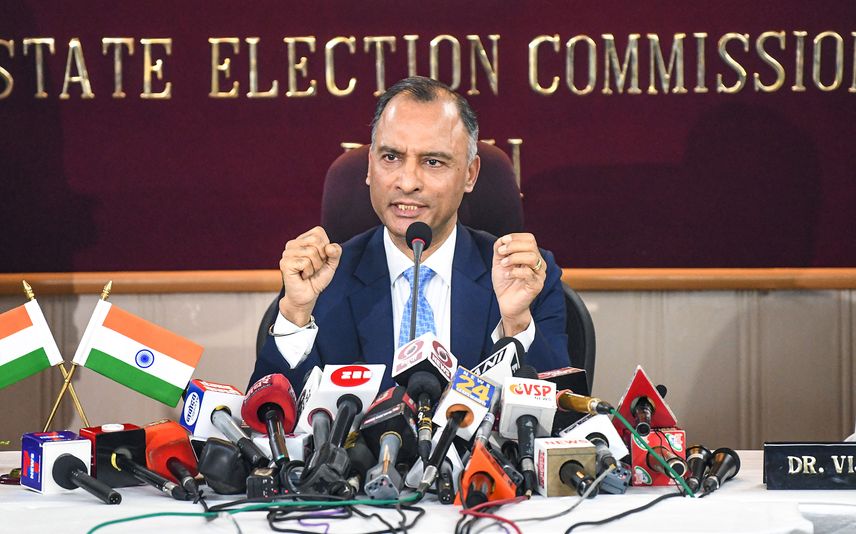 New Delhi: Polling for the municipal election in Delhi will be held on December 4 and the votes will be counted on December 7, State Election Commissioner Vijay Dev announced on Friday.

The Model Code of Conduct comes into force in the national capital from Friday itself, he said.

"The filing of nominations will begin from November 7 and the last date for the same is November 14," Dev said at a press conference.

He further said, "Scrutiny of nominations will be done on November 16 while the last date for withdrawal of candidature is November 19."

Candidates can submit their nominations between 11 and 3 pm while the poll time has been set between 8 am to 5:30 pm.

The entire process of election will be completed on December 15.

Municipal polls were slated to be held in Delhi in April this year. They were put on hold hours before then Delhi State Election Commissioner S K Srivastava was to announce the schedule on March 8 due to the Centre's plan to reunify the three civic bodies.

The three civic bodies were reunified by the Centre in May this year and the exercise for delimitation of wards was started in July 2022.

According to officials, polls will be conducted at all polling stations using M-2 model of ECIL make EVMs. The State Election Commission (SEC) has already made elaborate arrangements to ensure availability of adequate number of EVMs for smooth conduct of polls.

The officials said that the maximum limit of expenditure by a candidate at an election to a ward has been fixed at Rs 8 lakh.

The reunified MCD had formally come into existence on May 22 with IAS officers Ashwani Kumar and Gyanesh Bharti assuming charge as the new civic body's special officer and commissioner, respectively.

The erstwhile MCD, established in 1958, was trifurcated in 2012 during Sheila Dikshit's tenure as the chief minister. It was recently reunified by merging three civic bodies — North, South and East Delhi municipal corporations or NDMC, SDMC and EDMC. PTI