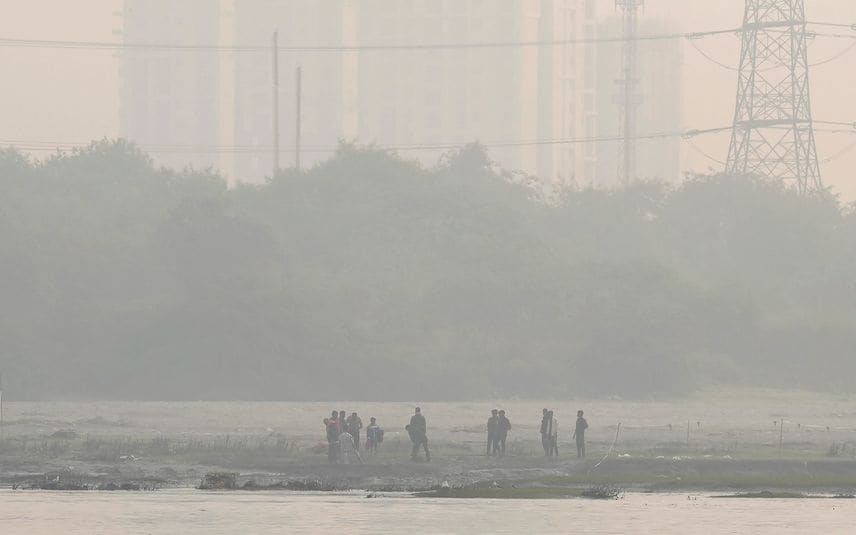 New Delhi: Environment Minister Gopal Rai on Sunday said the Delhi government has set up 586 teams to ensure strict implementation of the ban on construction and demolition activities in the capital in view of worsening air quality.

Addressing a press conference, Rai said experts have forecast that wind speed and direction will become unfavourable from November 1 which will push the air quality index into the 'severe' category.

Therefore, the Commission for Air Quality Management (CAQM) has directed authorities in NCR to implement curbs, including a ban on construction and demolition activities, under stage three of the Graded Response Plan Action, he said.

"We held a meeting with all construction agencies in the capital and government departments concerned, including PWD, MCD, Railways, DDA, Delhi Pollution Control Committee. We have decided to implement the ban on construction and demolition (C&D) activities in the city," Rai said.

The government has prepared a strong monitoring system to ensure compliance of the directions. It has set up 586 teams comprising officials of different departments, he said.

These teams will monitor the implementation of the ban on C&D activities.

Rai also said Anand Vihar and Vivek Vihar have been reporting high pollution levels continuously which could be due to construction work related to Regional Rapid Transit System (RRTS).

"Therefore, we have directed the user agency to strictly follow the dust pollution control norms. The government has deployed 15 anti-smog guns in those areas in addition to seven water sprinklers of the Municipal Corporation of Delhi," he said.

Under stage III, the authorities have been asked to enforce a strict ban on construction and demolition activities in the NCR, except for essential projects and non-polluting activities such as plumbing, carpentry, interior decoration and electrical works.

The restrictions on C&D activities will not be applicable on essential projects concerning national security, defence, railways and metro rail among others.

The ban on construction and demolition activities covers earthwork for excavation, boring and drilling; fabrication and welding operations; loading and unloading of construction material; transfer of raw material, including fly ash, either manually or through conveyor belts and vehicular movement on unpaved roads.

Brick kilns, hot mix plants and stone crushers not operating on clean fuels, and mining and associated activities in the NCR have also been banned.

The NCR authorities have also been asked to close down industries not running on approved fuels in industrial areas having PNG infrastructure and supply.

In industrial areas not having PNG infrastructure and supply, industries not using approved fuels can operate only for five days a week.