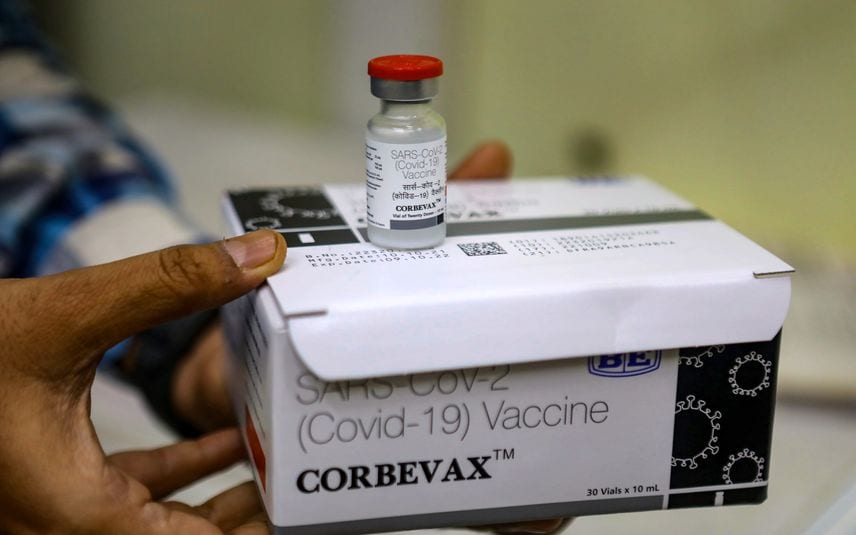 Hyderabad (Telangana): Biological E. Limited, a Hyderabad-based pharmaceutical and vaccines company, on Saturday, announced that its Corbevax COVID-19 vaccine has been approved by the Drug Controller General of India (DCGI) as a heterologous COVID-19 booster dose for individuals aged 18 years and above after six months of administration of primary vaccination (two doses) of Covaxin or Covishield vaccines for restricted use in an emergency situation.

A statement issued by pharmaceutical and vaccines company read, "The BE's Corbevax is the first such vaccine in India to be approved as a heterologous COVID-19 booster. Recently, BE has furnished its clinical trials data to the DCGI who after a detailed evaluation and deliberations with the Subject Experts Committee granted their approval for administering the Corbevax vaccine as a heterologous booster dose to people who have already taken two doses of either Covishield or Covaxin."

Mahima Datla, Managing Director, Biological E. Limited, said, "We are very happy with this approval, which will address the need for COVID-19 booster doses in India. We have crossed yet another milestone in our COVID-19 vaccination journey. This approval reflects once again the sustained world-class safety standards and high immunogenicity of Corbevax."

The statement further said, "Biological E has conducted a multicentre Phase III placebo-controlled heterologous booster clinical trial in 416 subjects from 18 to 80 years of age who were previously vaccinated with two doses of either Covishield or Covaxin at least 6 months prior to the administration of CORBEVAX as a booster dose."

The booster dose of Corbevax increased the neutralizing antibody titers in the Covishield and Covaxin groups significantly when compared to the placebo, said the pharmaceutical company in its statement.

"In a subset of subjects evaluated for nAb against the Omicron variant, the Corbevax booster shot resulted in a significant increase in the nAb titers against the Omicron variant. After the booster dose of Corbevax, Omicron nAbs were observed in 91 pc and 75 pc of subjects who had received primary vaccination by Covishield and Covaxin respectively," said the statement.

It stated that the Corbevax booster dose also resulted in a significant Th1 skewed cellular immune response as indicated by cytokine expression analysis post-stimulation of the T-cells, said the company in its statement.

"The Corbevax heterologous booster vaccine was well tolerated and safe. There were no severe or adverse events of interest for 3 months of follow-up after the booster dose was administered," said the statement.

"Corbevax is entirely developed and manufactured by Biological E. Limited in association with Texas Children's Hospital and Baylor College of Medicine as a recombinant protein subunit vaccine against COVID-19," the statement concluded. (ANI)