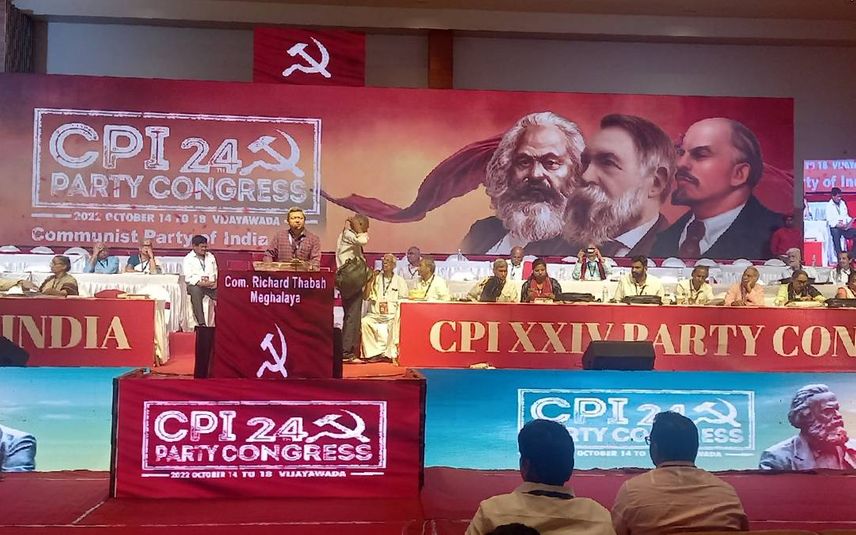 A scene from the CPI party congress | Twitter/vishwajeet_aisf

Vijayawada (Andhra Pradesh): Communist Party of India (CPI) will celebrate its centenary in advance, though it completes 100 years in 2025.

Moving a resolution at the ongoing 24th national congress of the party, its general secretary D Raja exhorted the rank and file to plan and celebrate in advance.

The Communist Party of India was formed on 26 December, 1925, at Kanpur.

“As the nation is celebrating the 75th year of independence, we must take our (party) history and glorious past and participation in freedom struggle to the people,” Raja said.

“Each district unit must publish the history of our party and its activities. Also, booklets with biographies of our leaders in the respective districts should be brought out,” he added.

Raja said concrete decisions to empower the party units at all levels and constituencies should be taken to strengthen CPI's presence in the elected bodies.

The general secretary called upon the cadre also to make CPI a million-member party.