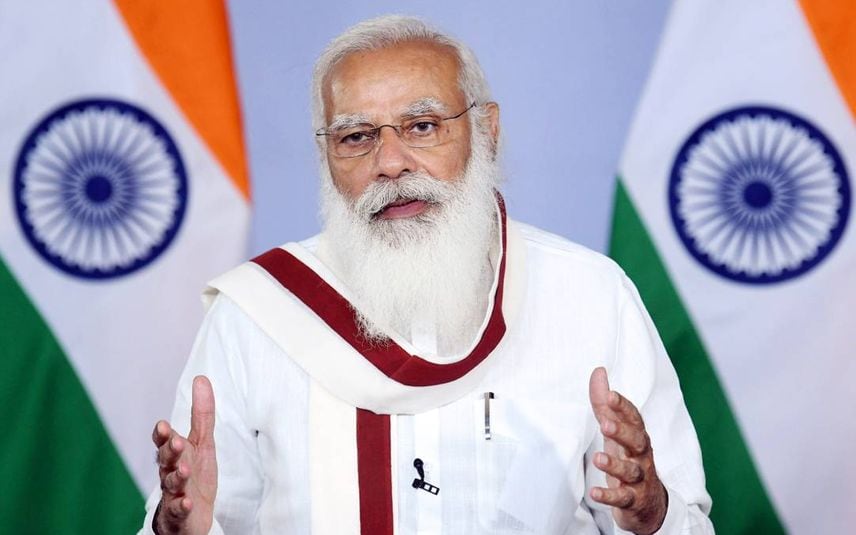 New Delhi: Prime Minister Narendra Modi on Sunday directed all senior officers to work in close co-ordination with states to ensure the safe evacuation of people from high-risk areas in the wake of cyclone Yaas and instructed all concerned departments to ensure timely evacuation of those involved in off-shore activities.

While chairing a high-level meeting to review the preparedness of states and Central ministries and agencies concerned to deal with the situation arising out of cyclone Yaas, the Prime Minister spoke about the need to ensure that time duration of outages of power supply and communication network are minimum and are restored swiftly.

Modi also asked officials to ensure proper co-ordination and planning with state governments to ensure no disruptions in Covid treatment and vaccination in hospitals.

He also spoke about the need to involve district administrations in the process of planning and preparedness for better learning from best practices and seamless co-ordination.

The Prime Minister directed officials that advisories and instructions on do's and dont's during the cyclone be made available in easy to understand and local language to citizens of the affected districts.

He further spoke about the need to involve various stakeholders like coastal communities and industries by directly reaching out to them and sensitising them.

The India Meteorological Department (IMD) said that the cyclone is expected to cross West Bengal and north Odisha coasts by May 26 evening with the wind speed ranging 155 kmph gusting to 185 kmph.

The cyclone is likely to cause heavy rainfall in the coastal districts of West Bengal and north Odisha.

The IMD has also warned of storm surge of about 2-4 metre in costal areas of the two states.

Modi was apprised that the Ministry of Home Affairs (MHA) is reviewing the situation round the clock and is in touch with the state governments and UTs and the Central agencies concerned.

The Prime Minister was informed that the MHA has already released first instalment of SDRF in advance to all states.

The National Disaster Response Force (NDRF) has pre-positioned 46 teams which are equipped with boats, tree-cutters and telecom equipments in five states and UT.

In addition, 13 teams are being airlifted on Sunday for deployment and has kept 10 teams on standby.

Indian Coast Guard and the Navy have deployed ships and helicopters for relief, search and rescue operations.

Air Force and Engineer task force units of Army, with boats and rescue equipment, are on standby for deployment. Seven ships with Humanitarian Assistance and Disaster Relief Units are on standby along western coast.

Ministry of Petroleum and Natural Gas has taken measures to secure all oil installations in the sea and to bring back their shipping vessels to safe harbour.

The Ministry of Power has activated emergency response systems and is keeping in readiness transformers, DG sets and equipments for immediate restoration of electricity.

The Ministry of Telecom is keeping all the telecom towers and exchanges under constant watch and is fully geared to restore telecom network and the Ministry of Health & Family Welfare has issued advisory to the sates and UTs, likely to be affected, for health sector preparedness and response on Covid in affected areas.

Ministry of Port, Shipping and Waterways has taken measures to secure all shipping vessels and has deployed emergency vessels (Tugs).

The NDRF is assisting the state agencies in their preparedness for evacuating people from the vulnerable locations and is also continuously holding community awareness campaign on how to deal with the cyclonic situation, the Prime minister was informed.