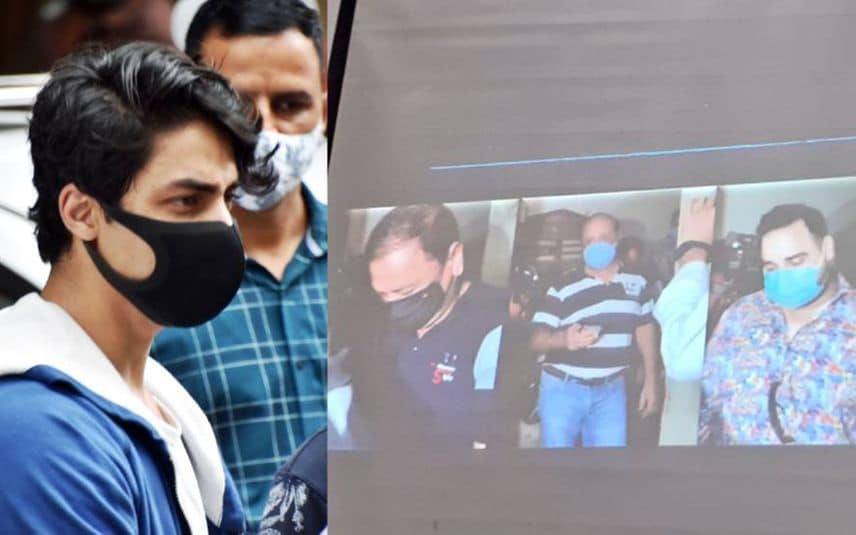 "We think there might have been some talks between Sameer Wankhede and BJP leaders," he added.

Malik then questioned that on whose directions did the NCB release those three people when a total of 11 people were detained after the cruise ship raid.

"We demand NCB to reveal the facts," he said.

Malik has been consistently alleging a connection between the BJP and the NCB.

Earlier, Malik also alleged that the investigating agency is trying to frame Aryan Khan, and said that they should be ready for a legal battle.

"Whether it was Rhea Chakraborty or Aryan Khan, they were arrested for publicity and it was a forgery. We'll be exposing extortion nexus run by NCB," he said.

Citing a video in which those detained from the Mumbai cruise were seen being taken to the NCB office, Malik alleged that "the person taking him to the office is a BJP leader Manish Bhanushali."

Notably, Bhanushali accepted the allegation and said that it was him in the video, but was onboard 'for updated information".

"I agree that I am the one in the photos shown, but no other party worker or leader can be spotted. I do not have any responsibility of the party presently, my responsibility is that of a common man," he had said.

The NCB detained a drug peddler during a raid in Santa Cruz on yesterday night.

According to the NCB, the drug peddler has alleged links with Arbaaz Merchant and Aryan Khan, accused in the Mumbai cruise party raid case.

Earlier, an NCB team busted an alleged drugs party on the Cordelia Cruise ship which was on its way to Goa at mid-sea on October 2 night.

A total of 18 people, including a Nigerian national, have been arrested in the case related to the seizure of drugs following a raid at a party on a cruise ship off the Mumbai coast.

New Delhi: The government on Tuesday imposed restrictions on sugar exports from June 1, a move aimed at increasing availability of the commodity in the ..