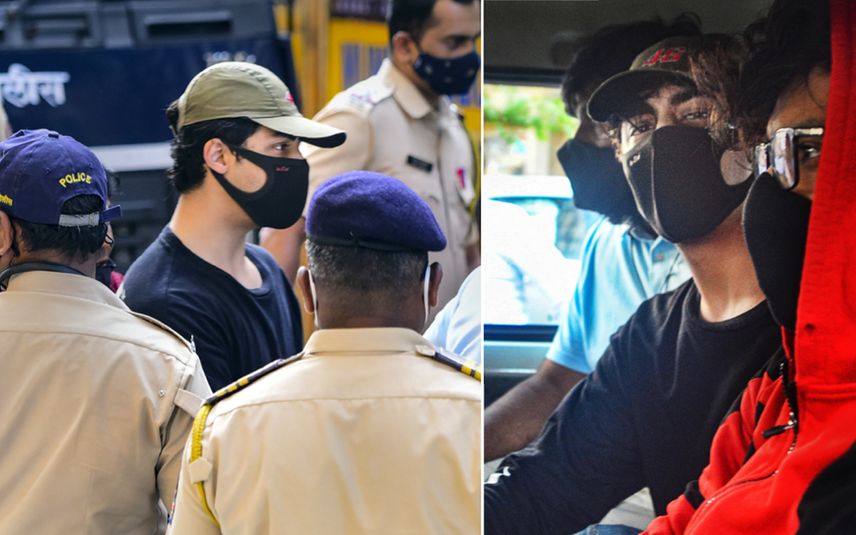 Aryan Khan being taken for his medical examination by NCB officials | Photo: PTI

Mumbai: A court here on Sunday remanded Aryan Khan, son of Bollywood superstar Shah Rukh Khan, and two others to NCB custody till October 4 in connection with the seizure of banned drugs onboard a cruise ship off the Mumbai coast.

Aryan Khan and the two others – Munmun Dhamecha and Arbaaz Merchant- were arrested this evening and were produced before a special holiday court of additional metropolitan magistrate R K Rajebhosale.

Advait Sethna, the advocate for the Narcotics Control Bureau (NCB), sought custody of the accused for two days on the ground that the investigation is at a nascent stage and more raids were being carried out to apprehend the supplier of drugs.

Aryan Khan's advocate Satish Maneshinde argued that his client was invited to the event being held on the cruise by the organisers.

“No incriminating material has been recovered from him (Aryan). There is no possession or evidence of consumption,” he said.

Maneshinde said he would file an application seeking bail for Aryan Khan on Monday.

"Although the sections under which he (Aryan) has been booked are all bailable offences. I am willing to settle for a one-day NCB custody so that we can file for bail before the regular court," he said.

Aryan Khan has been booked under sections 27 (punishment for consumption of any narcotic drug or psychotropic substance), 8C (produce, manufacture, possess, sell or purchase of drugs) and other relevant provisions of the Narcotics Drugs and Psychotropic Substances Act (NDPS).

He and seven others were detained late Saturday night by NCB sleuths after they raided the cruise ship on its way from Mumbai to Goa.