Decision on which vaccine to be given as precautionary dose expected soon: Centre 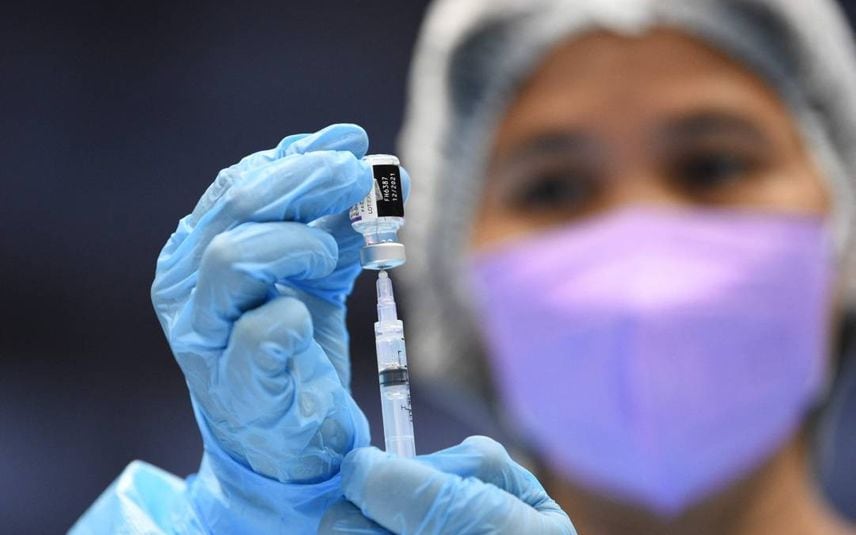 New Delhi: There have been extensive deliberations on whether the precautionary (third) dose of Covid vaccine for healthcare and frontline workers and citizens above 60 years with comorbidities should be the same as the first two doses and a decision is expected soon, the government said on Thursday.

Addressing a press conference, ICMR Director General Dr Balram Bhargava said the government will issue clear cut recommendations on this before January 10, when administering of the precautionary dose to healthcare and frontline workers and those above 60 years with comorbidities will begin.

"We are having an extensive debate (on which vaccine to be given as a precautionary dose). We've had a series of meetings in NTAGI (National Technical Advisory Group on Immunisation) yesterday, the day before and today.

"We are deciding what is the population that will require this vaccine which includes frontline workers, healthcare workers and 60 plus with comorbidities. What are new vaccines available and which vaccine can be given in terms of safety and in terms of efficacy," Bhargava said.

"So, we are analysing all the data that is available in terms of which vaccine can be given...whether it is going to be the same one or it is going to be different one. Before January 10 we will have to clear cut recommendations on the same. The drug controller and the NTAGI are meeting and that decision will be taken," he said.

According to the 'Guidelines for COVID-19 vaccination of children between 15-18 years and precaution dose to healthcare and frontline workers and 60 years + population with comorbidities' issued by health ministry, prioritisation and sequencing of the "precaution dose" for them would be based on completion of nine months from the date of administration of second dose, which is 39 weeks.

They will be able to access vaccination for the precaution dose through their existing Co-WIN account, the guidelines which will come into effect from January 3 stated.