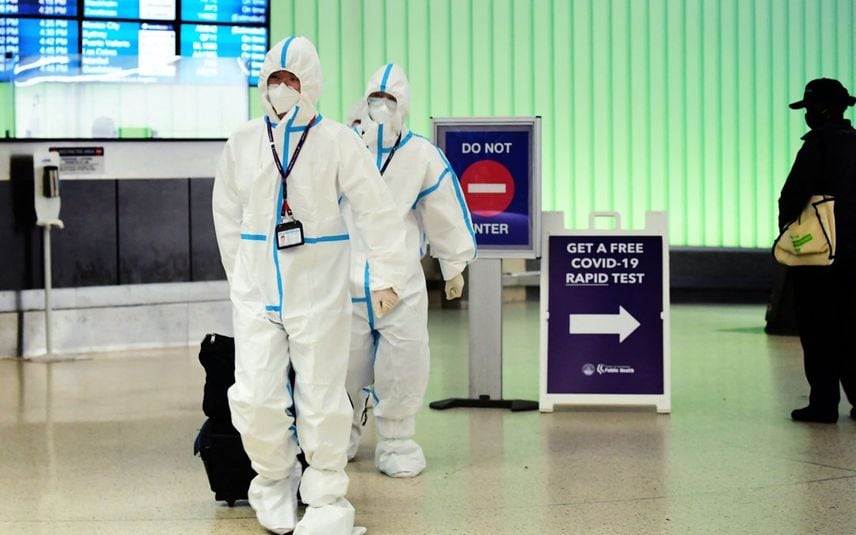 Jaipur: A 73-year-old man, who was found infected with the Omicron variant of coronavirus in genome sequencing and later tested negative twice, died in a Udaipur hospital on Friday, an official said.

Earlier on Thursday in Maharashtra, a 52-year-old man with a travel history to Nigeria, who had died from a heart attack on December 28, was found infected with the Omicron variant.

But his death had nothing to do with the infection, a health bulletin had said, stressing that he had diabetes for 13 years.

The man who died in Udaipur tested negative twice on December 21 and 25. Dr Kharadi said the man was found covid positive on December 15 and had symptoms like fever, cough and rhinitis, therefore he was admitted to the hospital.

"A sample was sent for genome sequencing and the result was received on December 25, in which he was found suffering from the Omicron variant. Before it, he tested negative on December 21. Another test was conducted on December 25, which was also negative," the CMHO said.

Apart from the death, 208 coronavirus cases were reported in the state on Thursday. Jaipur reported the maximum 98 cases while 50 infections surfaced in Jodhpur. So far, 8,964 people have died from the infection in Rajasthan, which had reported 9,56,227 till Thursday.