Modi said one of the sources of terror funding is organised crime which must not be seen in isolation. 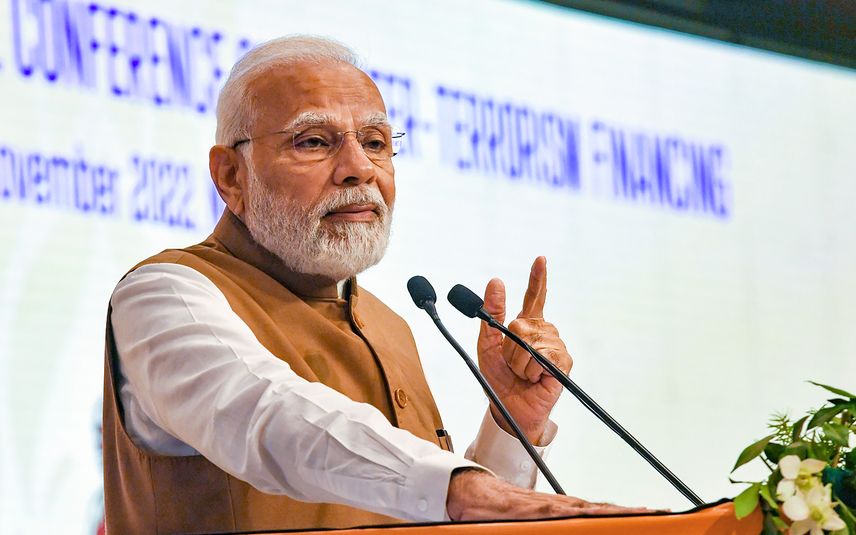 New Delhi: Prime Minister Narendra Modi Friday said cost must be imposed on countries which aid terrorism as part of their foreign policy by providing political, ideological and financial support.

Organisations and individuals that try to create sympathy for terrorists must also be isolated, he said addressing the third 'No Money for Terror Ministerial Conference on Counter-Terrorism Financing' hosted by the Ministry of Home Affairs.

"There can be no ifs and buts interfering in such matters. The world needs to be united against all kinds of overt and covert backing of terrorism," Modi said.

The prime minister said tactical gains against terrorists will soon be lost without a larger strategy aimed at hurting terror finances.

"International organisations must not think that absence of war means peace. Proxy wars are also dangerous and violent. There must be a cost imposed on countries that support terrorism," the prime minister said.

He said sovereign nations have a right to their own systems but "we must not allow extremist elements to misuse differences between systems".

"Anyone who supports radicalisation should have no support in any country," the prime minister said.

Modi said one of the sources of terror funding is organised crime which must not be seen in isolation.

"The gangs have deep links with terrorists. The money made in gun running, drugs and smuggling is being pumped into terrorism... Action against organised crimes is extremely important in the fight against terrorism."

Asserting the country will not rest till terrorism is uprooted, Modi said the long-term impact of terrorism is particularly hard on the poor and local economy.