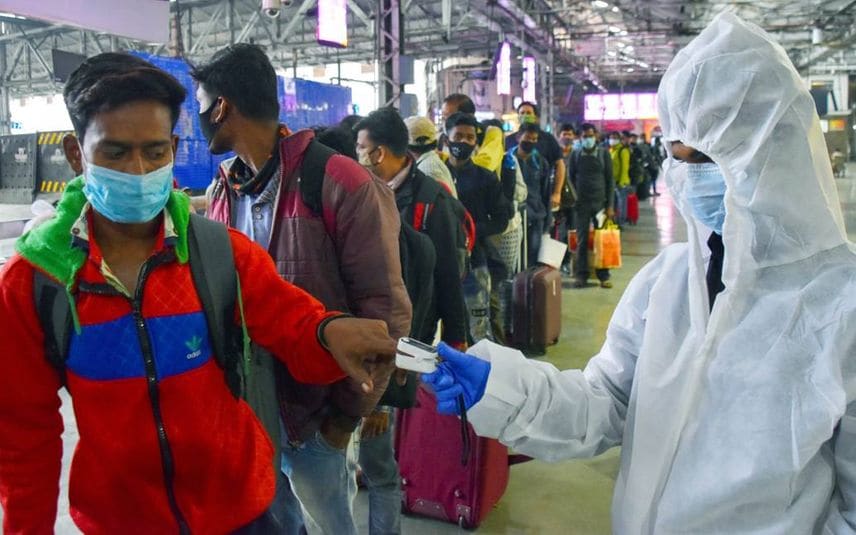 New Delhi: As the Omicron-triggered third Covid wave enters a key phase, a new projection by researchers at the Indian Institute of Science and Indian Statistical Institute (IISc-ISI) claims that the country is likely to witness over 10 lakh Covid cases a day by January-end or beginning of February when the third wave meets its peak.

The Omicron 'Projections January-March 2022 IISc-ISI Model' by Professor Siva Athreya, Professor Rajesh Sundaresan and the team from the Centre for Networked Intelligence at IISc-ISI in Bengaluru predicts that the third Covid wave may peak in January-end and early-February, with daily cases touching 10 lakh.

The peak of the third wave will vary for different states and the Covid-19 curve for India could start flattening by March-beginning.

"Past infection, vaccination affected by immunity waning makes a certain fraction of the population susceptible to the new variant," said the IISc-ISI model.

The model offers data on three levels of susceptibility -- 30 per cent, 60 per cent and 100 per cent.

Maharashtra could be the worst-hit, likely to experience over 175,000 daily cases at its peak (at 100 percent susceptibility).

Maharashtra's single-day Covid-19 caseload shot above the 40,000-mark on Friday. For the 11th consecutive day, the state reported a massive spike in Covid-19 infections and suspect cases whose samples have been sent for genome sequencing.

According to the model, Kerala and Tamil Nadu may witness one lakh and over 80,000 daily cases respectively, around the beginning of February.

Delhi is likely to see almost 70,000 daily cases by the end of January, according to the IISc-ISI model.

Last month, researchers from IIT Kanpur (IIT-K) also predicted that a third wave of the Covid-19 pandemic may peak in India by February 3.

A report, published in the online preprint health server MedRxiv, said: "Following the trends around the world, this project report forecasts India's third wave may start around mid-December and peak in the beginning of February."

The research report used the data of the first and second waves in India, and the current rise in cases triggered by Omicron in various countries, to predict a possible third wave in the country.

India's daily number of cases crossed the one-lakh mark as the country registered 1,17,100 new cases of Covid-19 in the last 24 hours.