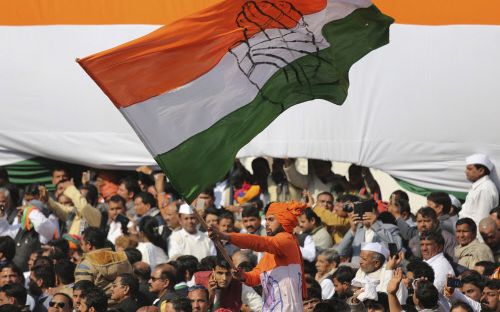 New Delhi: Congress has made a pre-poll alliance with the parties having a similar ideology, principles, and motto of democracy that should prevail in the upcoming assembly elections, Manipur Pradesh Congress Committee informed on Sunday.

He added that Priyanka Gandhi Vadra public meeting is tentatively scheduled on February 15 and Rahul Gandhi for sure visiting the state on February 21 for the election campaign.

When he was questioned about BJP is campaigning more aggressively than Congress in Manipur, he said that BJP and its allies are going against the constitution, and rule of law is completely lost here. "They spreading propaganda and they are not going to win. People who have fear of losing their campaign more aggressively," he said.

He was further questioned on BJP taking credit for restoring peace in the state and getting it free from regular strikes or blockades.

He said that this argument is baseless as Congress ruled for 15 years till 2017. During the time the atmosphere here was not exclusive to Manipur. The issues then were completely different from today.

The Congress leader highlighted that BJP is losing credibility among people.

"Because of false claims, BJP is losing credibility among people. During the by-elections in five assembly seats, there was a grave issue of Government machinery to win. We cannot equally break the law as we are law-abiding citizens and we love peace," he added.

"We follow the principles of Gandhi, we cannot behave like them we behave responsibly that is why they are campaigning aggressively. Rahul Ji and Priyanka Ji and all congresspeople are following all SOP by ECI but everyone in BJP is breaking the law," said Singh.

The first phase of Assembly elections in Manipur will take place on February 28 and the second phase of polling is now scheduled to be held on March 5. The results will be declared on March 10.