The Congress units in Rajasthan and Chhattisgarh, the only two states where the party is in government on its own, have passed resolutions that Gandhi be made the party's president. 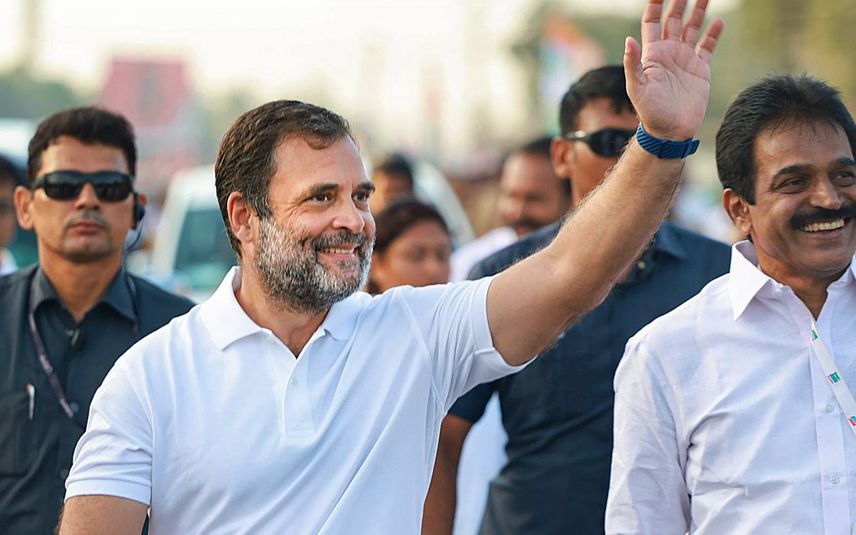 New Delhi: With the notification of the Congress president polls just days away, Gandhi family loyalists and state units have stepped up efforts to mount pressure on Rahul Gandhi to take the party's reins amid indications that he was unlikely to change his earlier stance of not being AICC chief.

The Congress units in Rajasthan and Chhattisgarh, the only two states where the party is in government on its own, have passed resolutions that Gandhi be made the party's president.

Also, the Gujarat Congress on Sunday demanded that Rahul Gandhi be made the party's national president.

On Sunday, while passing the resolution authorising the incoming Congress president to appoint state chiefs and AICC delegates, the Chhattisgarh Pradesh Congress Committee (CPCC) also passed a resolution that Rahul Gandhi be made the party president.

The Rajasthan PCC passed both the resolutions on Saturday.

Interestingly, while other party state units are also likely to pass such resolutions, the two states that took the lead in doing so – Rajasthan and Chhattisgarh – have Congress governments led by Ashok Gehlot and Bhupesh Baghel respectively, who have repeatedly called on Gandhi to take on the mantle of party president.

Gehlot and Baghel both are also seen as facing pressure internally to their position with Sachin Pilot and T S Singhdeo, seen as aspirants to take on the job of chief ministership in Rajasthan and Chhattisgarh respectively.

While some political analysts see the passing of the resolutions as an initiative of Gehlot and Baghel to reaffirm their loyalty to the Gandhi family, others see it as a genuine attempt to convince Rahul Gandhi to take on the party reins.

Similar resolutions were passed in 2017 before Rahul Gandhi was elevated as the Congress president. He, however, stepped down in 2019 after the party's debacle in the Lok Sabha elections.

Gehlot had also sought to play down reports about him being the front-runner to become the Congress president, and said efforts would be made till the last moment to persuade Rahul Gandhi to take over the reins of the party again.

In June this year also, the CPCC passed a similar resolution that Rahul Gandhi should become the party president.

To a query, Baghel said the Chhattisgarh Pradesh Congress Committee passed the resolution on Sunday, and the party's Rajasthan unit had done it as well.

"If similar resolutions are passed in other states, then Rahul-ji should rethink it as the party's presidential election is nearing. Keeping in view the sentiments of all party workers, I think Rahul-ji will agree (to become party chief)," he said.

The demand by the Gujarat Congress to make Gandhi the party chief was made at the state executive committee meeting held in Ahmedabad, with all its members supporting the proposal with a round of applause.

All members of the Congress' Gujarat state executive committee met and expressed their opinion that Rahul Gandhi should be made the president of the Indian National Congress. They wanted this point to be presented before the national leadership, chief spokesperson Manish Doshi said.

Amid hectic efforts and appeals to convince him to take on the job of the party president, Gandhi said earlier this month that he had made his decision on whether he would take up the party presidency but did not divulge his plans. He even asserted that he would give his reasons if he did not contest the upcoming election for the post.

Gandhi's remarks were seen by many in the party as an indication that he might stick to his earlier stance of not taking up the party chief's post. With his cryptic remarks, the suspense over who would be the next president of the grand old party continued.

Asked if he would become the Congress president, he had said, "Whether I become president or not, this will become very clear when the presidential elections of the Congress party take place."

"Wait till that time and when that time comes, you will see, and if I don't stand, you can ask me then 'why didn't you stand' and I will answer the question for you," Gandhi had told reporters at a press conference in Kanyakumari.

He, however, had asserted that he had "very clearly" decided what he was going to do. "There is no confusion in my mind at all."

In case Rahul Gandhi does not contest, Gehlot was being seen as a front-runner, while senior Congress leader Sashi Tharoor, who is among the G-23 leaders, was also contemplating running for the post of party president.

Amid the continued suspense and uncertainty, several senior Congress leaders have also emphasized that even if Gandhi did not become the party president, the Gandhi family would hold a position of pre-eminence in the party.

Senior Congress leader P Chidambaram on Sunday favoured a consensus for the post of the AICC chief and asserted that Rahul Gandhi would always have a "pre-eminent place" in the party irrespective of whether he was president as he was the "acknowledged leader" of the rank and file.

Senior party leader Jairam Ramesh has also batted for a "consensus" in selecting the new AICC chief and sought to uphold the "prominence" of the Nehru-Gandhi family in organisational matters in any sort of emerging situation.

He had said that even if somebody else was elected as the party chief in the October 17 polls, Sonia Gandhi would continue to be a person "everybody looks up to" and insisted that Rahul Gandhi would be the "ideological compass" of the organisation.

The last date for withdrawal of nominations is October 8 and the election, if required, will be held on October 17. The results will be out on October 19.

Aim of Bharat Jodo Yatra is to save liberal, secular ethos of India: Rahul Gandhi