Cong prez polls: First win for rebel camp as ‘delegates list’ to be made available for ‘candidates’ 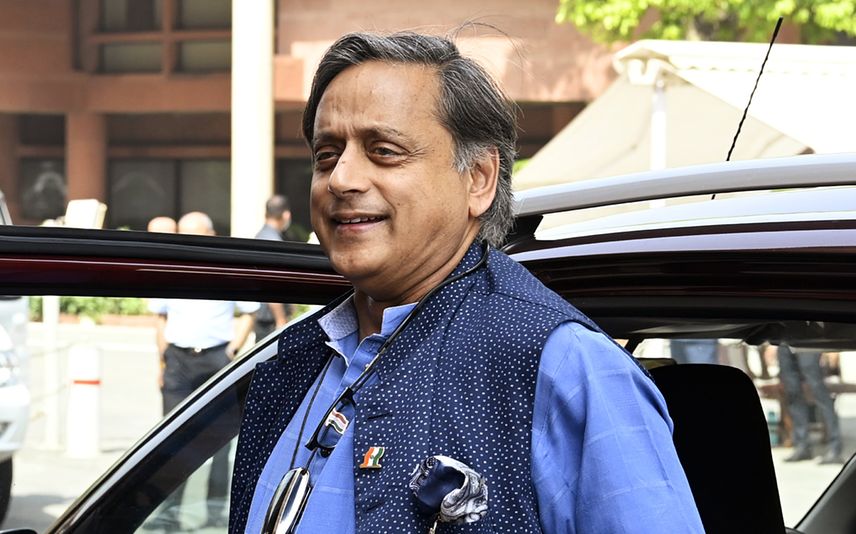 New Delhi: Anyone wanting to file nomination for the post of Congress president will be able see the list of the over 9,000 delegates at the AICC's central election authority office from September 20, senior party leader Madhusudan Mistry said on Saturday.

The announcement came in the wake of five MPs writing a letter to Mistry raising concerns about their inability to see who all are allowed to vote and nominate among the delegates.

Congress leader Shashi Tharoor, who was among the five MPs who had written to Mistry, said he had spoken with Mistry, the party's central election authority chief, to end the "controversy" that arose after a "malicious leak" of their letter to him.

He stressed that they were seeking clarification, not confrontation, and attached Mistry's letter too in his tweet.

In his letter, Mistry said if anyone desires to get nominations from 10 supporters from different states, the list of all 9,000-plus delegates will be available in his office at AICC, Delhi from September 20 (11 AM to 6 PM), before they file their nomination on September 24.

They can come and choose their 10 supporters or delegates from the list and obtain their signature for nomination, Mistry said in his reply to Lok Sabha members Shashi Tharoor, Manish Tewari, Karti Chidambaram, Pradyut Bordoloi, and Abdul Khaleque, who had written to him.

In a joint letter to Mistry dated September 6, the five MPs had expressed concern about the "transparency and fairness" in the election for the party's top post, and sought that the list of the PCC delegates that make up the electoral college be provided to all electors and potential candidates.

"I spoke with @incIndia chief Election Authority Madhusudan Mistry ji this morning to end the unseemly controversy that had arisen after the malicious leak of a private letter from 5 MPs to him," Tharoor said in a tweet on Saturday.

"I stressed that as loyal Congressmen we were seeking clarification, not confrontation," he said.

The MP from Thiruvananthapuram said he is pleased that this clarification has come in the form of his constructive reply to their letter.

"In view of these assurances, I am satisfied. Many will be glad to move on with an election process that in my view will only strengthen the party," he said.

Chidambaram tweeted: "As a signatory to the letter along with my parliamentary colleagues, I am satisfied with the reply from Mistry ji and I endorse the sentiments of my senior colleague Shashi Tharoor."

In his reply to the five MPs, Mistry said he notes their concern and appreciates their intention of strengthening the party and having a free, fair and transparent election of the Congress president.

Mistry said the first avenue open for any delegate to file a nomination for the Congress president election is that they can look for the names of the 10 delegates in their state at the Pradesh Congress Committee office.

The name and the serial number are available in the state list. The nomination signed by 10 supporters will be sufficient for validity of the nomination, he said.

"For the first time, we are also issuing QR code based identity cards to all the delegates across the 28 States and nine Union Territories that have Congress Committees.

“Those who want to file a nomination should check if they have a delegate identity card available with them," Mistry said in his communication to the five MPs.

Only people with valid identity cards will be allowed to sign on the nomination papers for the position of the Congress president, Mistry said.

"This should resolve the anxiety of anybody about the process of filing their nominations without knowing the names of the delegates.

"Once the nomination is signed and handed over to the Chief Returning Officer, they will get the entire list of the delegates," he said.

"I hope this satisfies the needs of you and other colleagues who have signed the letter. I express my gratitude to Shashi ji for calling and having a conversation with me on the same," Mistry said in his letter.

Earlier in their letter, the five MPs had said, "In case the CEA (Central Election Authority) has any concerns with respect to releasing the electoral rolls publicly, it must put in place a mechanism to securely share this information with all electors and potential candidates."

Electors and candidates cannot be expected to go to all 28 Pradesh Congress Committees (PCCs) and nine Union territorial units across the country to verify the electoral rolls, the MPs had said in their communication to Mistry.

Tharoor and Tewari were among the group of 23 leaders who had written to Congress chief Sonia Gandhi in 2020 seeking an organisational overhaul.

Tharoor is said to be contemplating running for the post of party president.

The last date for the withdrawal of nominations is October 8 and the election, if required, will be held on October 17. The results will be out on October 19. PTI

Tharoor, four other MPs, express concern over transparency of party chief polls in letter to Mistry

Cong prez polls: First win for rebel camp as ‘delegates list’ to be made ...

NC will continue fight for restoration of Article 370 constitutionally, ...

CBI to probe AAP Delhi govt for 'irregularities' in purchase of 1,000 low-floor ...