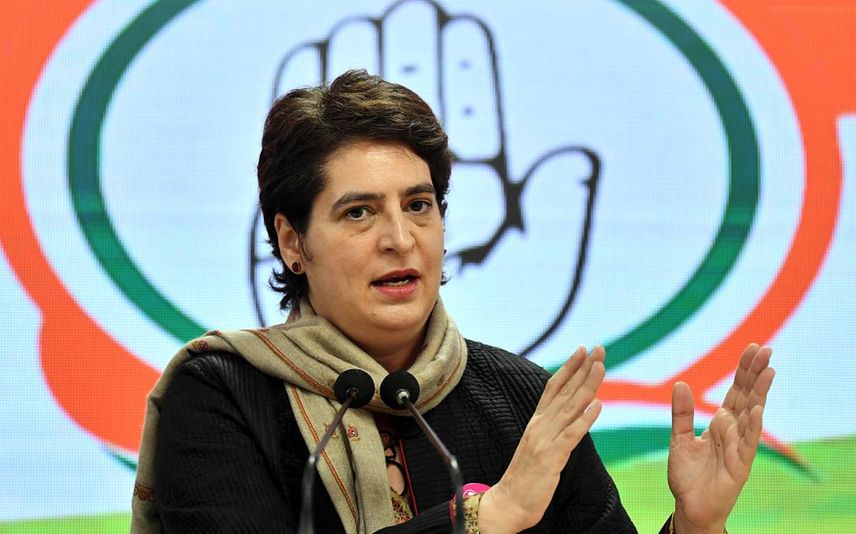 Aligarh: Congress general secretary Priyanka Gandhi Vadra on Saturday said her party does not talk of eliminating haughtiness of people but for providing opportunities for their employment.

The Congress leader made the remark days after Uttar Pradesh Chief Minister Yogi Adityanath, during an election campaign in a western Uttar Pradesh area, said that the “khoon ki garmi” (haughtiness) of Samajwadi Party and Rashtriya Lok Dal leaders will end after the state assembly results come in.

While talking to a man in Aligarh, Priyanka Gandhi quipped, “People say someone has been talking of ‘garmi nikalne ki… charbi nikalne ki' (eliminating haughtiness).”

“But we (in Congress) are talking of 'bharti' (employment). A number of youths who are standing here are jobless. Around 12 lakh posts are lying vacant in the government," she added.

The UP Congress later in a tweet in Hindi, said, "This time vote for those who start 'bharti' (recruitments/employment) and reject 'charbi nikaalne wale' and 'garmi nikaalne wale' (people professing to end haughtiness, arrogance).

Priyanka Gandhi was in Aligarh to campaign for the party candidates in Iglas and Khair assembly segments of the district.