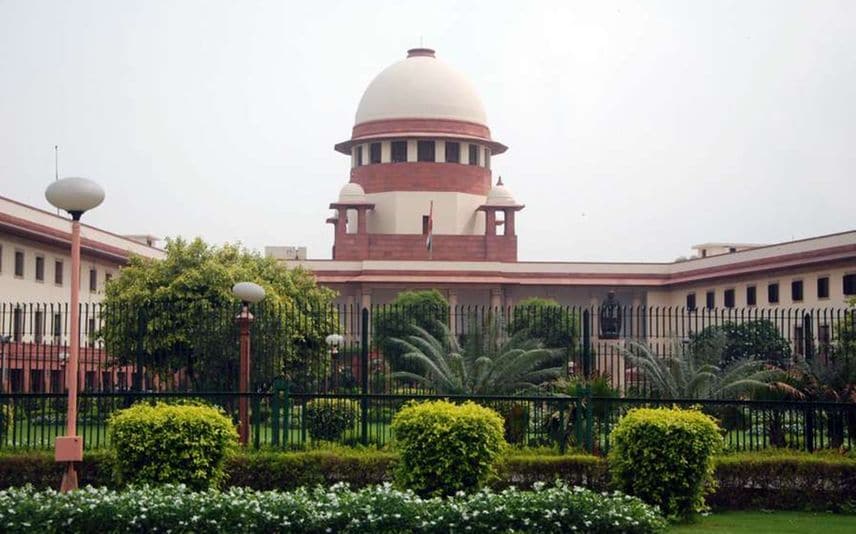 New Delhi: The Supreme Court on Wednesday came to the rescue of a software developer who was "hounded" through litigation after she resigned from the company she was working with as the firm instituted a suit claiming money spent on her "overseas deputation".

A bench of Justices DY Chandrachud and AS Bopanna set aside an August 1, 2018 order of the Punjab and Haryana High Court and asked the company to pay her the cost of litigation quantified at Rs one lakh.

Justice Bopanna said the woman was "hounded" by the company and she is entitled to the cost of litigation.

The bench held, "Deputation has definite connotation in law and a transient visit will not qualify as a deputation, unless the respondent (software development company) were to lead evidence that she had worked overseas on deputation. This aspect of the case has completely been ignored by all the three courts below. The claim (by the company) was not substantiated having regard to the terms of the contract."

It said, "For the above reason, we allow the appeal and set aside the impugned judgement of the high court dated August 1, 2018. As a consequence, the suit for recovery which has been instituted by the respondent stands dismissed. The appellant shall be entitled to the cost of litigation quantified in the amount of Rs one lakh, which shall be paid over within a period of one month."

The bench said that according to the offer letter, the appellant was liable to be posted at any of the branches, subsidiaries, affiliates and associates and sister concerns of the company either in India or abroad.

It said that on the contrary, it is the contention of the appellant that she was sent overseas for a business meeting.

The bench said that the burden must be discharged by the plaintiff company of establishing its own case but there is no material evidence on record to indicate that the woman was sent on deputation.

The woman joined the services of the company as a software developer on November 15, 2012 at Gurgaon and she was given a package of Rs 13.15 lakh.

She was appointed as a senior project manager on September 27, 2013, with a revised package of Rs 16 lakh per annum and in the meantime, she was sent to the United States in August, 2013, initially for a period of one week, and she was furnished with the tickets for the travel.

The bench noted that all other expenses for the visit were borne by the employer and the duration of the visit was extended until September 20, 2013 and she had returned to India, joined the company and reported for work on September 21, 2013.

"By a letter dated December 12, 2013, the appellant resigned. On December 14, 2013 appellant was informed that her resignation was accepted and that the human resources department would facilitate the exit process," the bench noted.

It said that on December 18, 2013, the woman addressed an email putting up all her grievances to enquire if further formalities would have to be completed and she was informed on the same by an email that her request for immediately being relieved was accepted by the management.

"On May 22, 2014 an exit notice was issued to the appellant calling upon her to pay an amount of Rs 5,70,753 together with interest of 24 per cent per annum from December 12, 2013, which included the amount which was spent by the respondent on her 'overseas deputation' and salary for the notice period."

The company instituted a suit in the court of civil judge, senior division, Gurgaon for recovery of Rs 5,70,753 along with interest at 24 per cent per annum.

The woman contested the suit by filing her written statement denying any liability. However, the trial court on August 9, 2016 allowed the suit partially and directed the woman to pay an amount of Rs 3,14,159 together with interest of 9 per cent per annum to the company.

The verdict was further affirmed by the additional district judge in 2017 and later by the high court in 2018. PTI