No shortage of anything; reports of coal crisis baseless: FM Sitharaman

"Absolute baseless! There is no shortage of anything. In fact, if I recall the minister's statement, every power producing installation has the next four days' stock absolutely available within their own premises and the supply chain has not broken at all,” Sitharaman said here at Harvard Kennedy School on Tuesday. 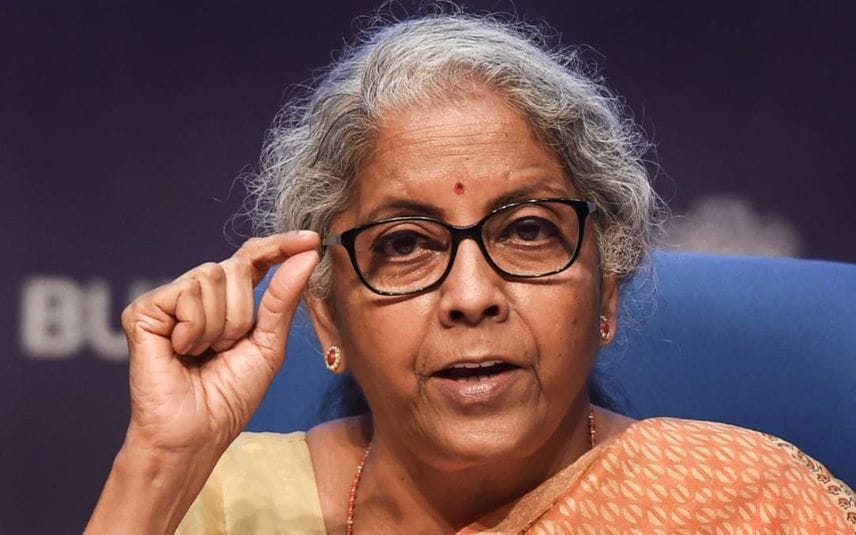 Boston: Amid reports of the ongoing coal shortage in the country, Finance Minister Nirmala Sitharaman stressed that there is no shortage and termed these as “absolutely baseless”, saying India is a power surplus country.

Sitharaman said that Power Minister R K Singh went on record just two days ago when he said absolutely baseless information is floating around that there is probably shortage of coal, shortage of other inventories which will lead to a sudden gap in the supply demand situation in the energy consumption.

"Absolute baseless! There is no shortage of anything. In fact, if I recall the minister's statement, every power producing installation has the next four days' stock absolutely available within their own premises and the supply chain has not broken at all,” Sitharaman said here at Harvard Kennedy School on Tuesday.

During the conversation organised by the Mossavar-Rahmani Center for Business and Government, Sitharaman was asked by Harvard Professor Lawrence Summers about energy shortage and reports of reduced coal inventories in India.

“There are not going to be any deficiencies which may lead to any shortfall of supply. So that takes care of India's power situation. We are now a power surplus country.

“We are also taking fairly good amount of risks to see what the basket of energy is available for India, how much is based on fossil fuel and how much comes from renewable and we are always looking at ways in which it can be shifted in favor of renewable energy. So the picture is not of short supply, but it's also picture of newer components into the basket,” she said.

On the vaccination drive in India against COVID-19 and how has the Indian government managed to come close to administering a billion doses, Sitharaman said over the decades, India has steadily built up this institutional arrangement where even down to the village level, primary health centers exist and they take care of basic requirements of the fundamental primary care that has to be given to patients in those areas.

“These centers have over the years undertaken those inoculations for newborn children which have to be given in a periodic interval… India has been very successful in containing the spread of polio,” she said. Further, she stated that over the years, periodic malaria or seasonal illnesses for which doctors attend to patients in a particular region have given India the capacity to handle large epidemic-proportion illnesses and to treat them.

“Just as soon as the vaccines became available, our systems were ready to fan out, even go to some of the far flung areas, and give the doses to the people. So, institutional arrangement in India has always been the framework which has been built over the years,” she said.

She said the question regarding the vaccines was if they had to be preserved in a certain temperature to be carried around and distributed across India.

“Luckily the two vaccinations which we have used are quite amenable to the Indian conditions and therefore the logistics required for moving this from one place to another did not pose quite a challenge and therefore we've been successful,” she said.

The vaccine Covishield is the version of the AstraZeneca/Oxford vaccine produced by the Serum Institute of India. Covaxin is the indigenously developed vaccine by pharma company Bharat Biotech.

She noted that India has been giving vaccines for free through some of the bilateral arrangements with countries. PTI

No need for power cut in Kerala as rain reduced consumption: KSEB engineers

Coal shortage and power crisis: A move to divert attention from Lakhimpur Kheri?

No need for power cut in Kerala: KSEB engineers