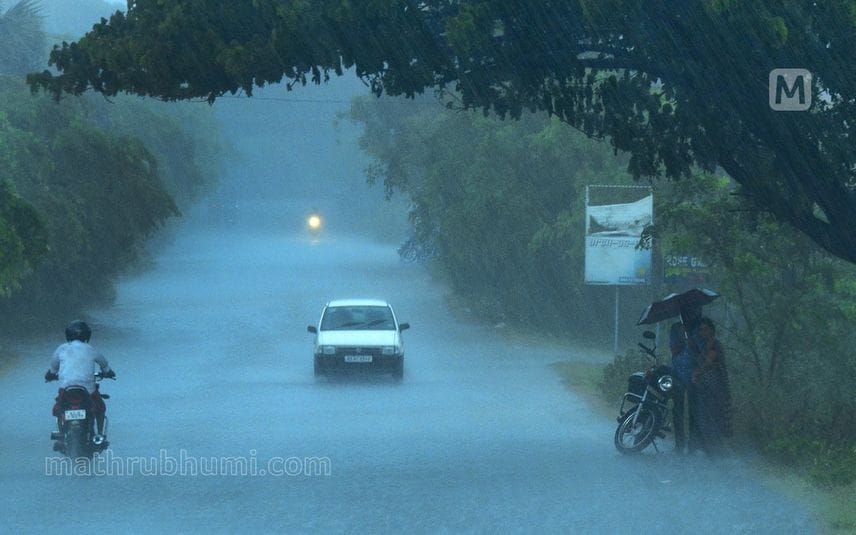 New Delhi: Climate change has hampered the ability of the forecasting agencies to accurately predict severe events and weather bureaus across the world are focusing on augmenting the observational network density and the weather prediction modelling to improve predictability, India Meteorological Department (IMD) Director General Mrutyunjay Mohapatra has said.

"We have got the digital data of the monsoon rainfall since 1901. Parts of north, east and northeast India show a decrease in rainfall, while some areas in the west, such as west Rajasthan, show an increase in precipitation.

"Thus, there is no significant trend if we consider the country as a whole -- the monsoon is random and it shows large-scale variations," the IMD chief said when asked about the impact of climate change on the Indian monsoon.

On July 27, the government had told Parliament that Uttar Pradesh, Bihar, West Bengal, Meghalaya and Nagaland have shown significant decreasing trends in the southwest monsoon rainfall during the recent 30-year period (1989-2018, both years included).

The annual rainfall over these five states, along with Arunachal Pradesh and Himachal Pradesh, has also shown significant decreasing trends, it said.

"That means if it is not raining, it is not raining. If it is raining, it is raining heavily. The rainfall is more intense when there is a low-pressure system. This is one of the most important trends found in the tropical belt, including India. Studies have proved that this increase in heavy rainfall events and decrease in light precipitation are due to climate change," he told PTI in an interview.

The senior meteorologist explained that climate change has increased the surface air temperature, which in turn has increased the evaporation rate. Since warmer air holds more moisture, it leads to intense rainfall.

"Climate change has increased the instability in the atmosphere, leading to an increase in convective activity -- thunderstorms, lightning and heavy rainfall. The severity of cyclones in the Arabian Sea is also increasing. This increase in the frequency of extreme weather events is posing a challenge to forecasters. Studies show that the ability to predict heavy rainfall is hampered due to climate change," he said.

The IMD is bolstering its observational network with the augmentation of radars, automatic weather stations and rain gauges and satellites to improve predictability.

Its forecast accuracy has improved by about 30 to 40 per cent for severe weather events like cyclones, heavy rains, thunderstorms, heat waves, cold waves and fog in the last five years due to an improvement in the observational network, modelling and computing systems of the IMD and the Ministry of Earth Sciences (MoES).

Sister organisations such as the IITM and the NCMRWF carry out atmospheric modelling and the INCOIS carries out ocean state modelling and supports the IMD's forecasting improvement.

"There are certain gap areas in the rest of the country that will be filled up with 11 radars. The number of radars will increase from 34 at present to 67 by 2025," Mohapatra said.

The MoES also plans to upgrade its high-performance computing system -- from a capacity of 10 petaflops currently to 30 petaflops in the next two years -- which will help assimilate more data into the model that can then be run at higher resolutions.

The lower the range of a weather model, the higher its resolution and the greater the precision.

"We are providing forecasts up to the district and block levels currently. Going ahead, we will provide forecasts up to clusters at the panchayat level and specific locations within cities," Mohapatra said.

On climate change increasing the fragility of the Himalayas, he said, "Climate change is a fact and we need to plan all our activities accordingly."

A study by the Indian Institute of Tropical Meteorology, MoES says the frequency of mini-cloud bursts (five cm or more rainfall in an hour) is increasing in the Himalayas. And it can also cause damage, Mohapatra said.

The IMD chief said the number of deaths due to cyclones, heat waves etc. has reduced over the years because of an improvement in the early warning lead time and preparedness, planning, prevention and mitigation approaches.

"There has been a tremendous improvement in service delivery -- weather information for health, power, agriculture, air quality, hydrology, airports and marine sectors -- in the last three years," Mohapatra, who took over as the IMD chief in 2019, said. PTI