He had a brief tenure of 74 days as the head of India's judiciary. 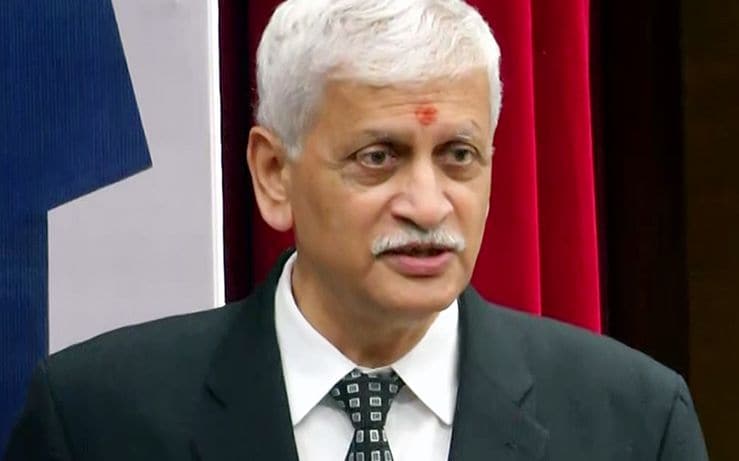 New Delhi: The outgoing Chief Justice of India UU Lalit on Monday said that he is leaving with a sense of accomplishment.

CJI Lalit in the ceremonial bench, proceedings of which were live-streamed, sat with Chief Justice-designate Justice DY Chandrachud and Justice Bela M Trivedi.

CJI Lalit, while addressing the members of bar, said, "My journey in this court began in Court 1. I came here to mention a case I was appearing in before CJI YV Chandrachud. My journey now ends here, where I am passing on the baton to Justice DY Chandrachud."

After Justice Lalit's retirement on November 8, Justice DY Chandrachud will be appointed as the 50th Chief Justice of India.

He had a brief tenure of 74 days as the head of India's judiciary.

He said he is leaving with a sense of accomplishment and he is accompanied by a feeling of satisfaction as he is walking out of the court for the last time.

CJI Lalit while taking oath had promised to try to have at least one Constitution bench functioning throughout the year.

Members of Bar said they were going to miss CJI Lalit and congratulated him on a successful stint on the bench.

Justice Lalit was a renowned senior advocate before he became judge of the apex court. He was appointed a judge of the Supreme Court on August 13, 2014.

Justice Lalit became the second CJI who was directly elevated to the Supreme Court bench from the Bar. Justice SM Sikri, who became the 13th CJI in January 1971, was the first lawyer to be elevated directly to the top court bench in March 1964.

He shifted his practice to Delhi in January 1986, and in April 2004, he was designated as a senior advocate by the top court.

He was later appointed a special public prosecutor for the CBI to conduct trial in the 2G spectrum allocation case. (ANI)