Chronology of events in Nirbhaya Case 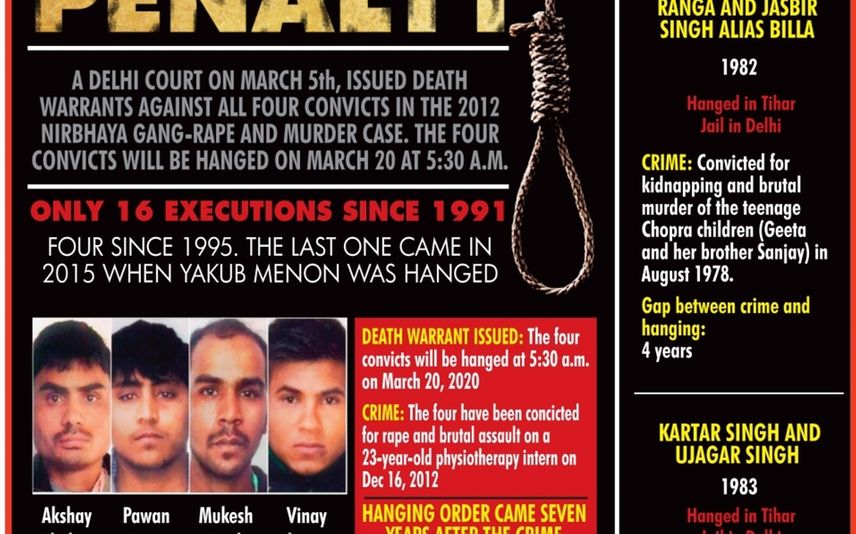 New Delhi: Following is the chronology of events in the sensational 2012 Nirbhaya gangrape and murder case in which four death row convicts were hanged Friday morning:

Dec 16, 2012: Paramedical student gang-raped and brutally assaulted by six men in a private bus and thrown out of the moving vehicle along with her male friend. The victim is admitted to Safdarjung Hospital.

Aug 31: JJB convicts a minor for gang-rape and murder and awards three-year term at probation home.

Sep 10: Delhi court convicts Mukesh, Vinay, Akshay, Pawan of 13 offences including gang-rape, unnatural offence and murder of the girl and attempt to murder her male friend.

Feb 3, 2017: SC says it would hear afresh the aspect of awarding death penalty to the convicts.

May 5: SC upholds death penalty to four convicts, says the case falls under the category of 'rarest of rare' and the offence created "tsunami of shock".

Nov 8: Mukesh, one of the four death row convicts in the case, moves SC seeking review of its verdict upholding the capital punishment awarded to him.

Dec 19: Delhi HC dismisses plea of Pawan Kumar Gupta claiming he was a juvenile at the time of the offence.

Jan 7: Delhi court issues death warrants against the four convicts for hanging on January 22 at 7 am in Tihar jail.

Feb 5: HC dismisses Centre's plea against trial court order; says all 4 convicts have to be hanged together. It directs convicts to pursue all legal remedies within a week, failing which the authorities ordered to take action in accordance with law.

Feb 17: Mukesh refuses to be represented by advocate Vrinda Grover.

Mar 17: Mukesh moves court seeking quashing of death penalty on claim of not being in Delhi at the time of crime, plea dismissed.

Mar 20: Delhi HC dismisses plea of three convicts seeking stay on execution, convicts move SC.
In a pre-dwan hearing, SC brings down curtain on the case by rejecting plea of Pawan Gupta against rejection of second mercy plea.
All four convicts hanged in Tihar jail at 5.30 am. PTI 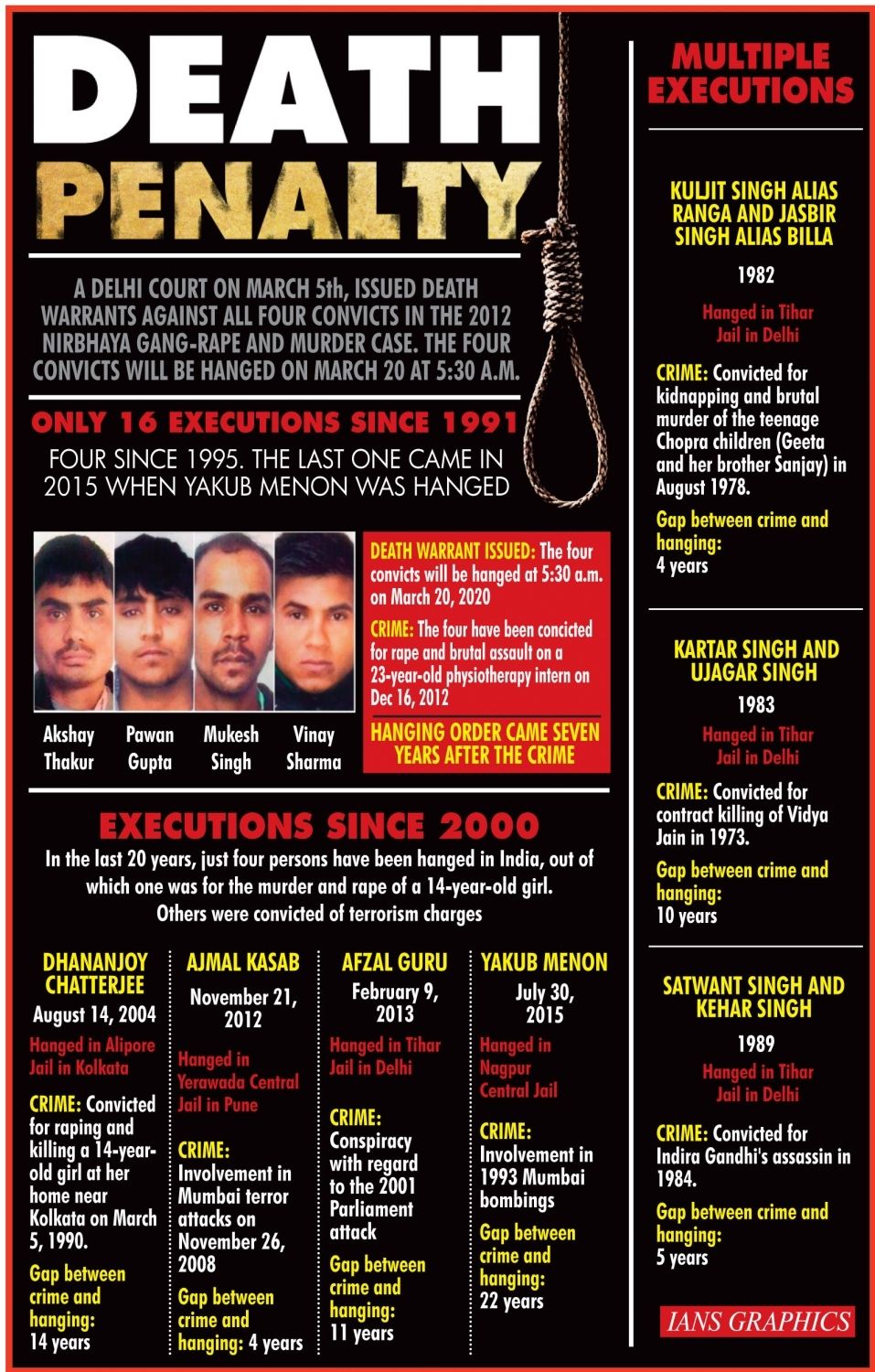