This will escalate the matter even though South Xinjiang military chief Major-General Liu Lin had agreed to disengage troops from Galwan Valley during talks with Indian counterpart, Lieutenant General Harinder Singh, the commander of Leh-based XIV corps. 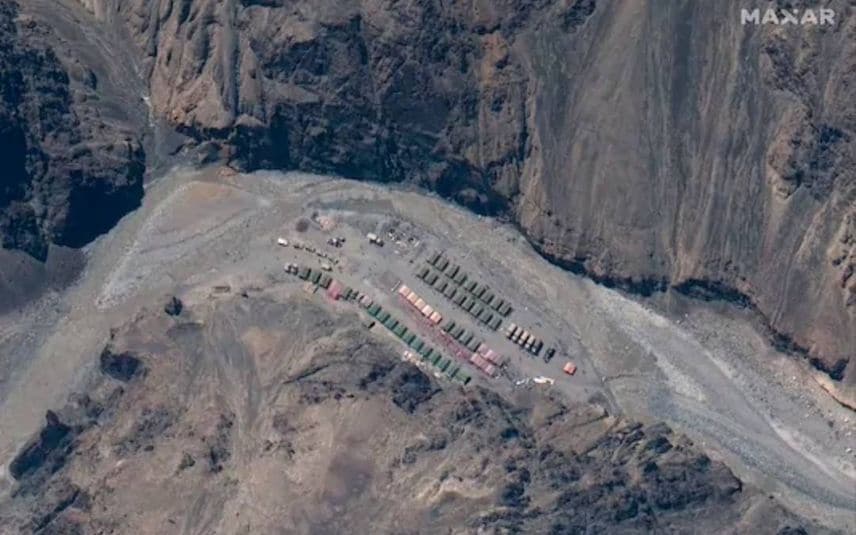 New Delhi: Even as Indian and Chinese militaries talk to de-escalate and disengage at borders in eastern Ladakh, Indian intelligence agencies said on Wednesday that Chinese People's Liberation Army has brought in troops of two more divisions across Line of Actual Control at disputed areas.

This will escalate the matter even though South Xinjiang military chief Major-General Liu Lin had agreed to disengage troops from Galwan Valley during talks with Indian counterpart, Lieutenant General Harinder Singh, the commander of Leh-based XIV corps.

"In total, China has deployed around 24,000 soldiers more in Eastern Ladakh region," said sources, adding that a division comprises of 12,000 soldiers. Sources further stated that the Chinese forces have also brought in heavy guns, tanks and fighter aircraft across the Line of Actual Control in a bid to aggravate the border situation.

In Tibet region, China generally stations two divisions of troops. But now they have brought in two more divisions from far away locations. This clearly signifies that they are not committed to their consensus of disengagement.

India is closely watching the development across the Line of Actual Control and has decided to carry out mirror deployment in the region.

In the meantime, on Tuesday, the talks between the Indian and Chinese military delegates to resolve the border issue in eastern Ladakh went on for around 12 hours. The meeting which started at 10.30 a.m. ended at 11 p.m. on Tuesday night, the sources said.

The meeting took place at Chushul wherein India has put a strong message that China's People's Liberation Army troops have not been aided by the disengagement consensus.

This was the third meeting between the two sides. The last two meetings at Corps Commander level were held on June 6 and June 22.

While Tuesday's meeting was held in Chushul on the Indian side, the previous two took place in Moldo on the Chinese side.

"All contentious areas during the current stand-off were discussed to stabilise the situation," the sources added.

China has agreed to move back in Pangong Tso but they did not. India claims Line of Actual Control at Finger 8 and Chinese are sitting between Finger 4 and Finger 5. Similar, differences exist in Depsang and Demchok.

On June 22, the talks took place for around 11 hours and the dialogue was held in a cordial, positive and constructive atmosphere and there was a "mutual consensus to disengage". "Modalities for disengagement from all friction areas in Eastern Ladakh were discussed," the Indian Army had stated.

The meeting took place on the lines of the one they held at the Chushul-Moldo border personnel meeting (BPM) point in eastern Ladakh on June 6.

The dialogue was carried out to ease out the tense situation and to release 10 Indian soldiers, including four officers, who were in Chinese captivity.

Major General Abhijit Bapat, who is the Commander of the 3 Division of the Indian Army, had raised several points with the Chinese with regard to the incident on the night intervening June 15-16.

June 15 was the first time the Indian Army faced casualties in a clash with the China's People's Liberation Army since 1975 when an Indian patrol was ambushed by Chinese troops in Arunachal Pradesh.

China is also said to have used thermal imaging drones to trace the Indian Army soldiers scattered on the treacherous terrain before brutally attacking them.