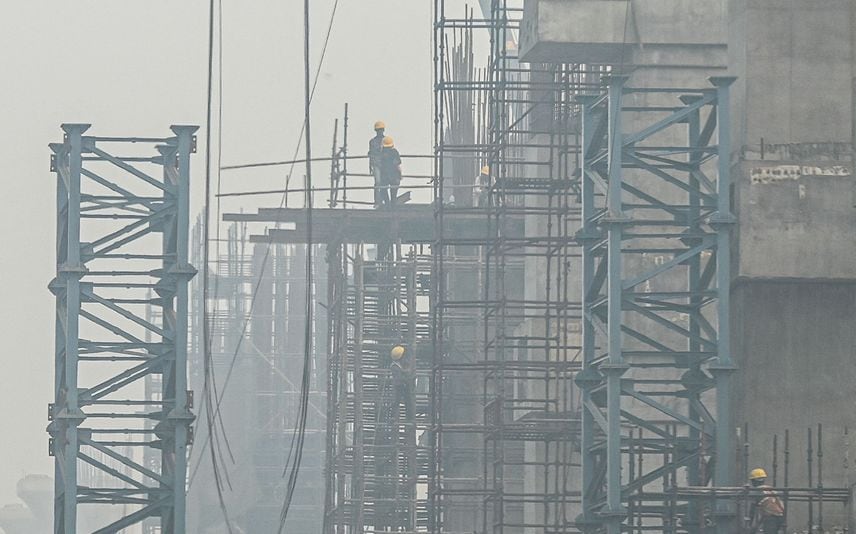 New Delhi: The Supreme Court on Saturday suggested the Centre for a two-day lockdown to tackle air pollution in the national capital.

A Bench of Chief Justice of India NV Ramana, Justices DY Chandrachud and Surya Kant said, "Tell us how we can reduce AQI from 500 at least by 200 points. Take some urgent measures. Can you think of two days lockdown or something? How can people live?"

The Apex Court said that air quality in Delhi is in the 'severe' category and in another two to three days it will dip further.

The Court asked the Centre to take an emergency decision. "We will look at a long term solution later," the Court added.

Solicitor General Tushar Mehta appearing for the Centre told that the Supreme Court that in today's meeting government will have to focus on the emergency situation of air pollution.

The Centre told the Supreme Court that the metrological department was consulted and according to it, spurt in stubble burning, Delhi air remaining static. Thus Centre cited that till November 18 we have to be watchful.

Supreme Court also asked the Delhi government about what happened to its decision to install smog towers and emission control projects.

Supreme Court told the Delhi government that it has opened all schools in the national capital and now children lungs are exposed to the pollutants.

"This is not the Centre's but your jurisdiction. what is happening on that front?" asks the Apex Court from the Delhi government.

The Supreme Court posts for the hearing of the air pollution case on November 15 and asks the Centre to inform it about the steps taken to control it.