'You shout, you demand, your right', CJI NV Ramana bats for 50% women in judiciary 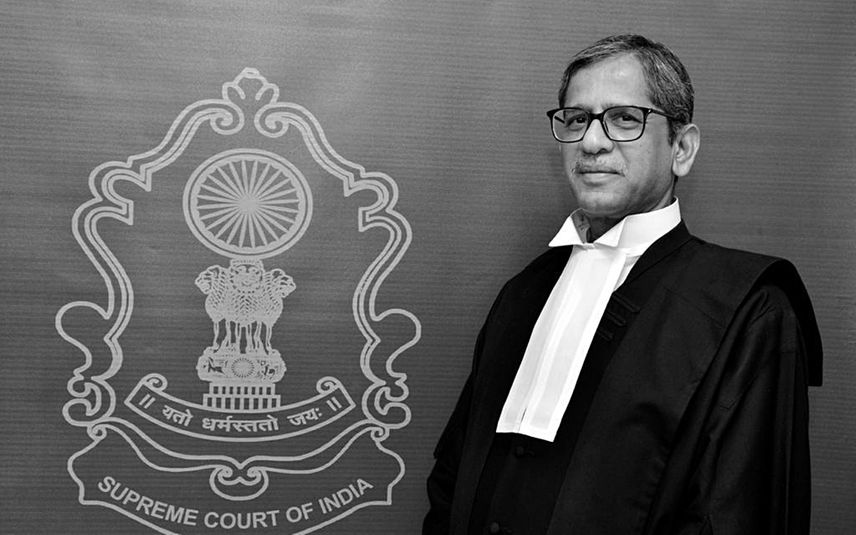 Addressing women advocates of the Supreme Court, who had organised a felicitation function for him and the nine newly appointed judges to the top court, the Chief Justice said: "With your anger, you shout, you demand, we need 50 per cent representation. It is not a small issue; issue of thousands of years of suppression. You are entitled, it is a matter of right. Nobody is going to give a charity". He added that it is very unfortunate that it has been realized very late.

"We may realize and reach this goal in the apex court and as well as other courts.I gathered some information about the system where we are working. In the entire country, our subordinate judiciary has less than 30 per cent (women representation). In high courts women judges are 11.5 per cent, in Supreme Court only 11-12 per cent are women", he said.

Justice Ramana added, out of 1.7 million advocates in the country, only 15 per cent are women and only two per cent elected representatives in state bar councils are women. He further pointed out why the Bar Council of India in national committee does not have even a single woman representative. Justice Ramana remarked, this needs urgent attention and pointed at other major issues faced by women lawyers - clients' preference for male advocates, uncomfortable environment within Courtrooms, lack of infrastructure, crowded courtrooms, lack of washrooms for women etc - adding that all these deter women from entering the profession.

"In the survey I got conducted, it turned out that out of 6,000 trial courts, nearly 22 per cent have no toilet for women, we need to create a more welcoming environment", he said.

Justice Ramana emphasized, "An important focus area is to increase gender diversity in legal education. I strongly advocate reservation of a significant percentage of seats in law schools and universities for women, as a first step".

Justice Ramana's remarks were appreciated by Justice B.V. Nagarathna, who was among three women sworn-in as judges of the top court on August 31. Justice Nagarathna, who will be country's first woman Chief Justice of India in 2027, said "advancing women's participation in the judiciary, promotes gender equality in broader ways, female judicial appointments, particularly at senior levels, can shift gender stereotypes. Thereby changing attitudes and perceptions as to appropriate roles of men and women."