The 'Van Mahotsav' which started from the Central Ridge on July 11 was to culminate with the plantation of 1 lakh saplings at the Asola Bhatti Wildlife Sanctuary on Sunday. 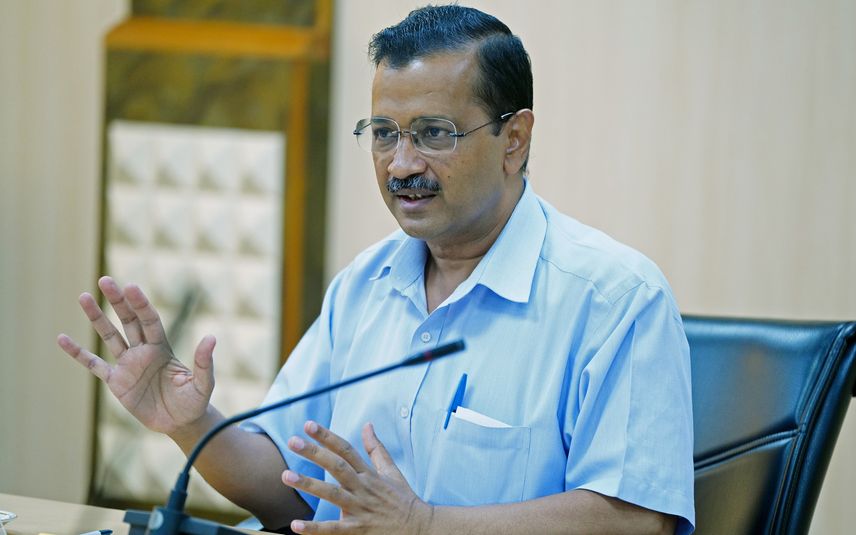 New Delhi: Delhi Environment Minister Gopal Rai on Sunday alleged that the Centre tried to hijack an event of the Arvind Kejriwal government at the Asola Bhatti Wildlife Sanctuary with the Delhi Police putting up banners carrying pictures of Prime Minister Narendra Modi at the venue last night.

No immediate reaction was available from the police.

He said Delhi Chief Minister Arvind Kejriwal was supposed to attend the event but decided not to participate in it following the incident.

Kejriwal had also skipped the weekly meeting with Lieutenant Governor VK Saxena on Friday, against the backdrop of the LG recommending a CBI probe into alleged lapses and irregularities in the implementation of the Delhi government's excise policy.

Rai alleged the Delhi Police acted on the directions of the prime minister's office.

The 'Van Mahotsav' which started from the Central Ridge on July 11 was to culminate with the plantation of 1 lakh saplings at the Asola Bhatti Wildlife Sanctuary on Sunday.

"The Delhi Police reached the location of the event and took control of the pandal last night. They forcibly put up banners carrying pictures of PM Modi... Banners carrying photos of Lieutenant Governor (VK Saxena) and Chief Minister Kejriwal were taken down," Rai alleged at a press conference.

The Delhi Police warned people not to touch banners carrying pictures of PM Modi while the banners belonging to the AAP government were torn down, he claimed.

The lieutenant governor and the chief minister were supposed to attend the event and all preparations had been made, he said.

"An event of the Kejriwal government has been turned into a political event of PM Modi and he was not even going to attend it... Following the incident, the Delhi chief minister and I have now decided not to participate in the programme," Rai said.

However, the LG participated in the event.

Attempts are being made to malign the Delhi government. Satyendar Jain was arrested on frivolous charges. Now a conspiracy is being hatched to arrest Deputy Chief Minister Manish Sisodia. The CM had to go to Singapore but the file was stalled, Rai said.

He alleged the incidents that have transpired in the last one and half months could not have happened "without the go ahead from the PMO".

“Who doesn't know your face and name, PM Modi... But sending police to put up your photos in the dark of the night shows you have developed a deep-seated fear of Kejriwal,” Rai said.

He said the police are supposed to ensure the safety and security of people and not put up banners of PM Modi.

"I wonder what message they want to send out to people. This is not the first time we are conducting a tree plantation event," the minister said.

Rai told reporters that the banners carrying pictures of PM Modi were put up on an LED screen installed to show educational programmes to children.

“We do not want to fight anyone. We will continue our plantation drive. So far, we have planted around 9 lakh saplings. The target is to plant 35 lakh saplings this year,” he said. PTI

Kejriwal claims Sisodia may soon be arrested, Anna Hazare being 'used' to target his govt

No talks with Pak, election in J-K after electoral rolls are published: ...