The bill seeks to expand the scope and ambit of the “measurements” that can be taken under the law as it will help in unique identification of a person involved in crime and help investigating agencies in solving criminal cases. 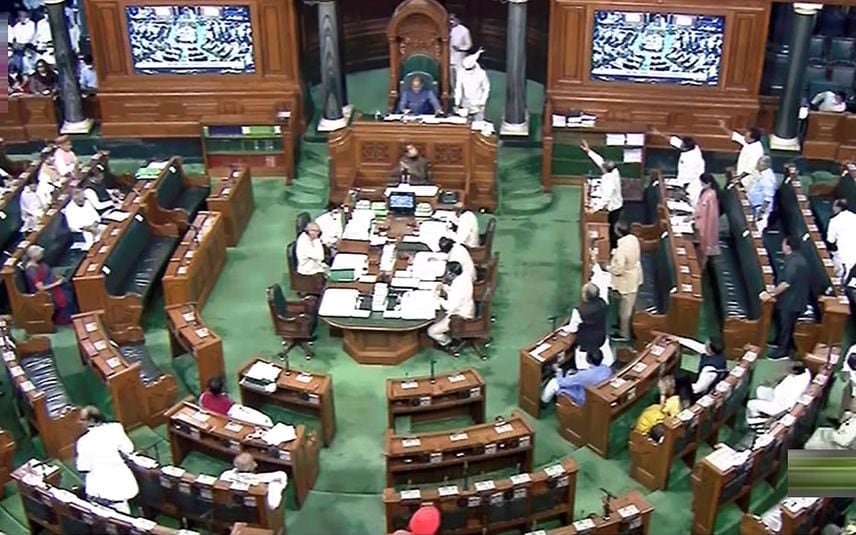 New Delhi:The government on Monday introduced a bill in the Lok Sabha to provide legal sanction to the police to take physical and biological samples of convicts as well as persons accused of crimes, amid uproar by the opposition which dubbed the measure as “illegal” and “unconstitutional”.

Opposition members Manish Tewari, Adhir Ranjan Chowdhury, Saugata Roy and N K Premachandran forced a vote on the introduction of the Criminal Procedure (Identification) Bill. The opposition move was defeated as 120 members voted in favour of introduction of the bill, while 58 members were against it.

Union Minister of State Ajay Mishra ‘Teni' introduced the bill, dismissing the apprehensions voiced by the members and asserted that the move was required to make provisions for the use of modern techniques to capture and record appropriate body measurements.

He pointed out that the existing law -- the Identification of Prisoners Act -- dated back to 1920 and allowed taking only finger print and foot print impressions of a limited category of convicted persons.

Senior ministers such as Home Minister Amit Shah, Defence Minister Rajnath Singh, Road Transport Minister Nitin Gadkari were not present in the House when the opposition demanded division on the motion for introduction of the bill, that seeks to replace the 102-year-old Identification of Prisoners Act.

The bill seeks to expand the scope and ambit of the “measurements” that can be taken under the law as it will help in unique identification of a person involved in crime and help investigating agencies in solving criminal cases.

Tewari said the move to introduce the bill was in derogation of both Article 20, Sub-Article 3 and Article 21 of the Constitution of India and, therefore, beyond the legislative competence of this House.

He said Article 20, Sub-Article 3 explicitly states that no person accused of any offence shall be compelled to be a witness against himself.

Tewari feared that the words “biological samples and their analysis” mentioned in the bill could lead to narco analysis and brain mapping. He said the implied use of force to take measurements violates the rights of prisoners violates a catena of Supreme Court judgements.

Congress leader Adhir Ranjan Chowdhury said the bill sought to empower the police and court to take measurements of persons who are undertrial and suspected to be involved in a case, on the presumption that he may, in future, commit any illegal act.

RSP member N K Premachandran said the bill granted rights to the police to collect DNA samples of convicts of minor crimes and questioned the intention for empowering the police to such an extent.

Mishra, the Minister of State for Home, said the bill will grant legal sanction to take body measurements and make investigation of crime more efficient and expeditious.

Mishra said consultations on the bill were held with state governments and union territories and everybody had supported the measure.

He said the Law Commission too had suggested changes to the law in 1980, but the recommendations were not acted upon for 42 years.

Lok Sabha approves motion of thanks to President's Address