Revenue deficit grants of Rs 12,390 crore were given to states on time in April and May despite the Centre's stressed resources, Finance Minister said. 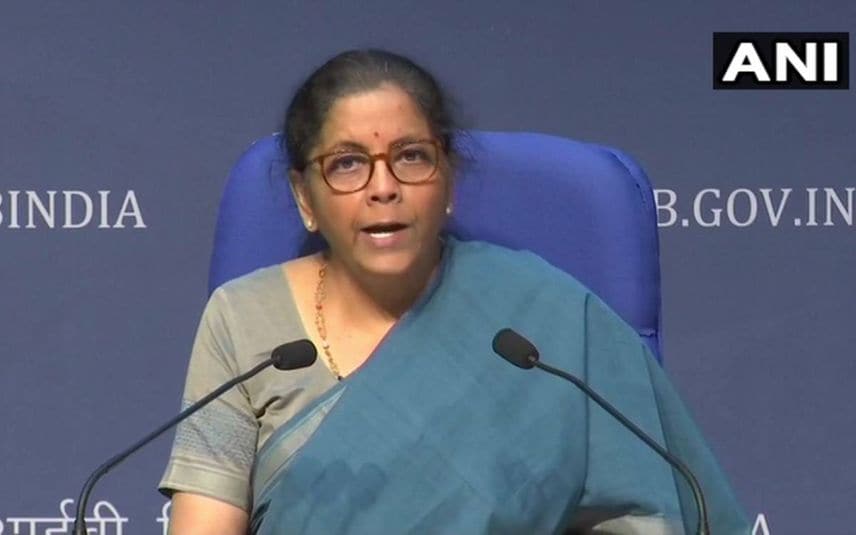 New Delhi: The Centre on Sunday agreed to raise the borrowing limit of states from 3 per cent of gross state domestic product (GSDP) to 5 per cent in 2020-21, to make available an extra of Rs 4.28 lakh crore.

Revenue deficit grants of Rs 12,390 crore were given to states on time in April and May despite the Centre's stressed resources, she said.

Also, advance release of the State Disaster Relief Fund (SDRF) of Rs 11,092 crore happened in first week of April, she said adding that a release of over Rs 4,113 crore from the health ministry for direct anti-COVID activities was also released.

Despite this, states have been asking for special increase in borrowing from 3 per cent to 5 per cent.

"In view of the unprecedented situation, the Centre has decided to accede to request and increase borrowing limits of states from 3 per cent of GSDP to 5 per cent for 2020-21 only. This will give states extra resources of Rs 4.28 lakh crore," she added.

Sitharaman said part of the borrowing will be linked to specific reforms.

There will be unconditional increase of 0.50 per cent in borrowing limit. "1 per cent in 4 tranches of 0.25 per cent with each tranche linked to clearly specified, measurable and feasible reforms," she said. "Further, 0.50 per cent if milestones are achieved in at least three out of four reform areas."