CBI probe in Hathras case to be monitored by Allahabad HC, says SC

The apex court said that all the aspects of the case, including monitoring of probe and providing security to the victim's family as well as the witnesses, would be considered by the high court. 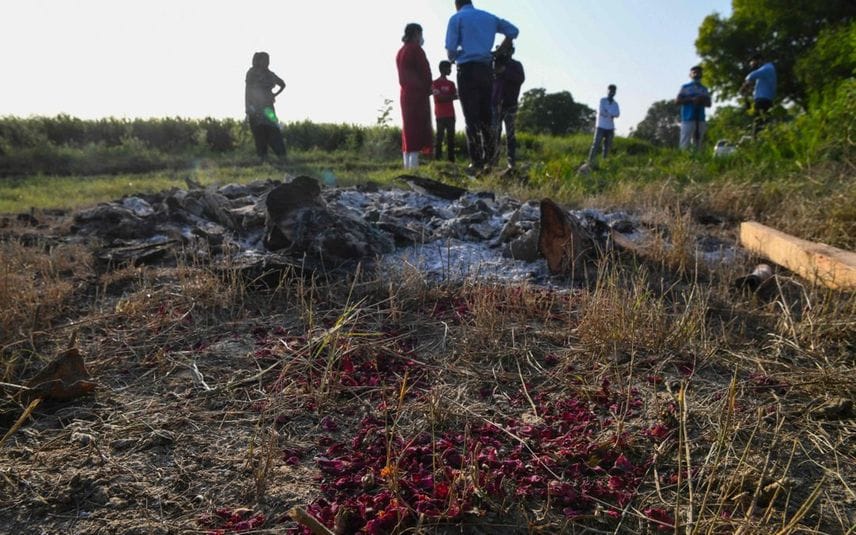 The place where body of the gang rape victim in Hathras was cremated | Photo: AFP

New Delhi: The CBI investigation in the sensational Hathras case, in which a Dalit girl was allegedly brutally raped and died of injuries, will now be monitored by the Allahabad High Court, the Supreme Court Tuesday said.

The apex court said that all the aspects of the case, including monitoring of probe and providing security to the victim's family as well as the witnesses, would be considered by the high court.

A bench headed by Chief Justice S A Bobde said that plea for transfer of trial out of Uttar Pradesh in the case would be considered later after the CBI probe is completed.

The top court, which passed the verdict on a batch of pleas of activists and lawyers who have claimed that a fair trial was not possible in Uttar Pradesh as the probe has allegedly been botched up, said that CBI will file the status report in the case before the high court.

The bench considered the request of Uttar Pradesh government and asked the Allahabad High Court to delete the victim's name from one of its orders on a PIL pending there.

A 19-year-old Dalit woman was allegedly raped by four upper-caste men in Hathras on September 14. She died on September 29 at Delhi's Safdarjung Hospital during treatment.

The victim was cremated in the dead of the night near her home on September 30. Her family alleged they were forced by the local police to hurriedly conduct her last rites. Local police officers, however, said the cremation was carried out "as per the wishes of the family".