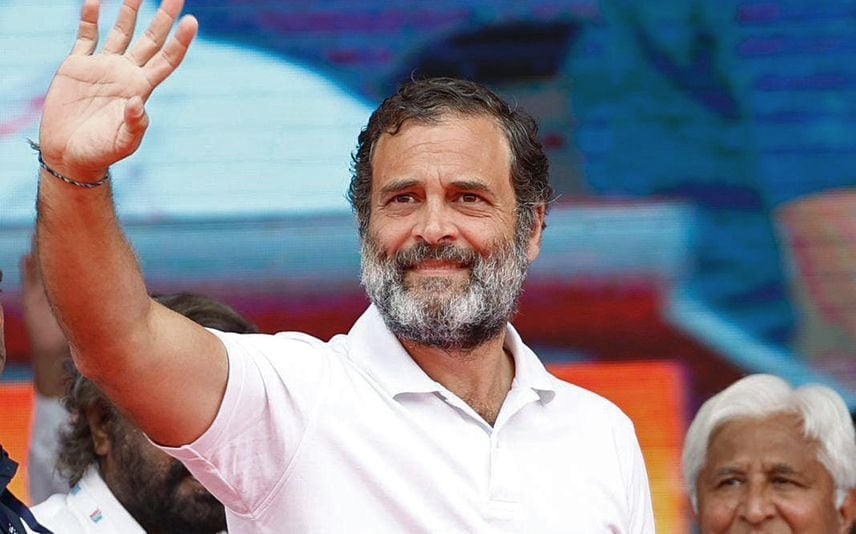 Bengaluru: The Bengaluru Police have registered a case against Congress leader Rahul Gandhi and some other party leaders following a complaint filed by MRT music label for alleged unauthorized use of music from Kannada film KGF Chapter 2 during the Bharat Jodo Yatra.

The complaint alleged that the party had posted two videos during the Bharat Jodo Yatra with songs from the movie without permission in violation of the Copyright Act.

The FIR was registered in the Yashwanthpur police station under the provisions of Copyright Act, the Information Technology Act and the Indian Penal Code against Rahul Gandhi, Jairam Ramesh, Supriya of Congress.

"The aforementioned unlawful actions of the accused amount to an offence under section 63 of the Copyrights Act. It is also a serious offence amounting to making a false electronic record with the intention to project the same as genuine and thereby cheating the public at large," the complaint said.

"Each of the copyrighted content of the complainant has been illegally stored, hosted, downloaded, sideloaded, uploaded and thereby creating infringing copies of the sound recording and audiovisual content as per the Copyright Act, 1957 and the same is liable to be handed over and/or destroyed," it added.

BJP leader Amit Malviya took a dig at Congress and said the party picked up songs from the movie for Bharat Jodo Yatra without seeking the firm's permission.

"After illegally using picture of Kannada actor Akhil Iyer in their campaign, Congress sued again. This time by MRT Music, which owns the popular music label of KGF2. Congress picked up songs from the movie for Bharat Jodo Yatra without seeking the firm's permission," he said in a tweet.