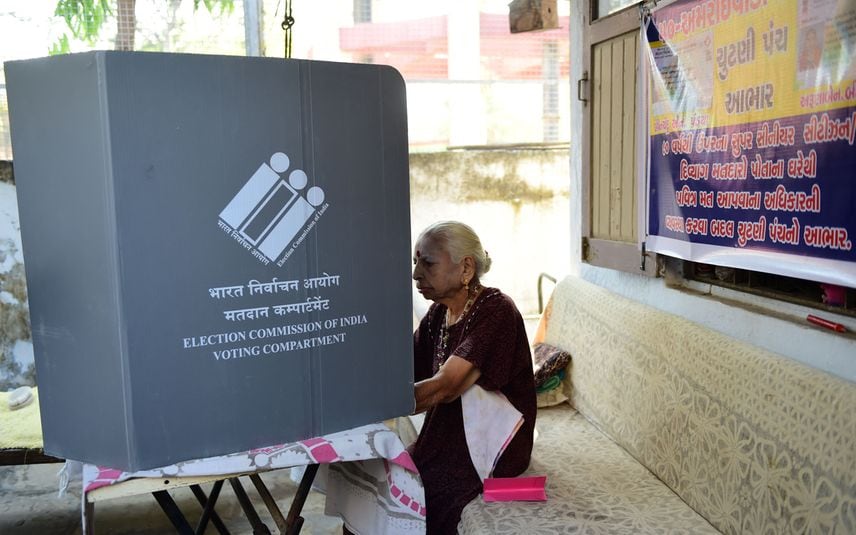 Ahmedabad: The high-voltage campaigning for the second and final phase of the Gujarat Assembly elections ended at 5 pm on Saturday.

As many as 833 candidates are in the fray across 93 constituencies which will go to polls on December 5. Votes will be counted on December 8. Prominent candidates in the second phase include Chief Minister Bhupendra Patel from Ghatlodia, Patidar leader Hardik Patel from Viramgam and OBC leader Alpesh Thakor from Gandhinagar South. Both Hardik Patel and Thakor are contesting on BJP ticket.

The first phase of voting for 89 seats in Saurashtra, Kutch and south Gujarat was held on December 1 with average turnout of 63.31 per cent, lower than the last time. The main contenders in the elections are the ruling Bharatiya Janata Party (BJP), Congress and Arvind Kejriwal-led Aam Aadmi Party (AAP). The 93 constituencies where polling will be held on Monday are spread across 14 districts of north and central Gujarat including Ahmedabad, Vadodara and Gandhinagar.

There are 2.54 crore registered voters in these constituencies. Polling will be held at 26,409 booths and nearly 36,000 Electronic Voting Machines will be used. The Election Commission will deploy 29,000 presiding officers and over 84,000 polling officers in 14 districts, said an official release. The ruling BJP is also facing a challenge from rebel candidates in some places in the second phase.

Sitting BJP MLA from Waghodia, Madhu Shrivastav is contesting as an independent after being denied party ticket. Former BJP MLAs Dinu Solanki, Dhavalsinh Zala and Harshad Vasava are also in the fray as independents from Padra, Bayad and Nandod seats.