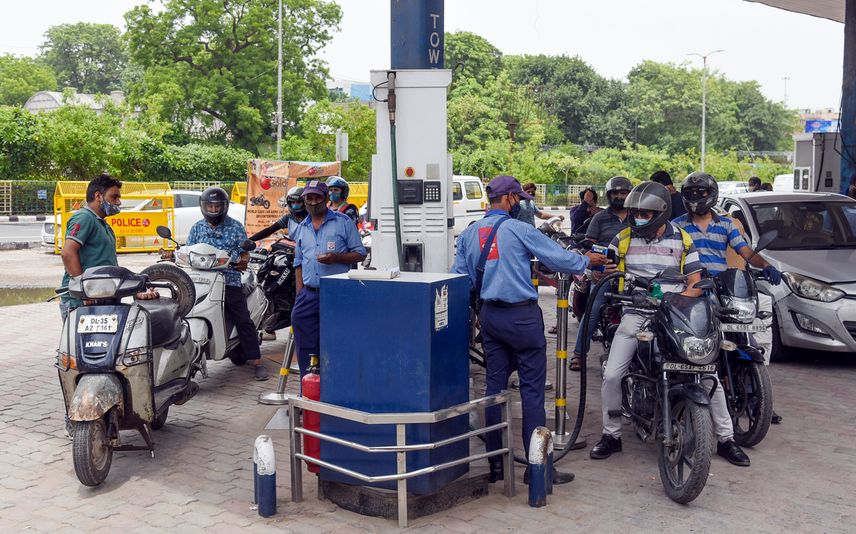 New Delhi: The Union Cabinet on Wednesday approved advancing the target of blending 20 per cent ethanol in petrol by 5 years to 2025-26 as well as allowing more feedstocks for the production of biofuels in a bid to cut reliance on imported oil for meeting the country's energy needs.

The Cabinet, headed by Prime Minister Narendra Modi, at its meeting on Wednesday approved the amendments to the National Policy on Biofuels, an official statement said.

Currently, about 10 per cent of ethanol is blended in petrol.

Also, more feedstocks have been allowed for the production of biofuels which can be doped with auto fuels.

It also provides for promoting the production of biofuels in the country, under the Make in India programme, by units located in Special Economic Zones (SEZ)/ Export Oriented Units (EoUs).

These decisions will help India, which depends on imports for meeting 85 per cent of its oil needs, to cut reliance on overseas shipments.

The Cabinet also approved granting "permission for export of biofuels in specific cases," the statement said.

The amendments will also attract and foster developments of indigenous technologies which will pave the way for the Make in India drive and thereby generate more employment.

The existing National Policy on Biofuels came up in 2018.

"This amendment proposal will pave the way for the Make in India drive thereby leading to a reduction in import of petroleum products by the generation of more and more biofuels.

"Since many more feedstocks are being allowed for the production of biofuels, this will promote the Atmanirbhar Bharat and give an impetus to Prime Minister's vision of India becoming 'energy independent' by 2047," the statement added.