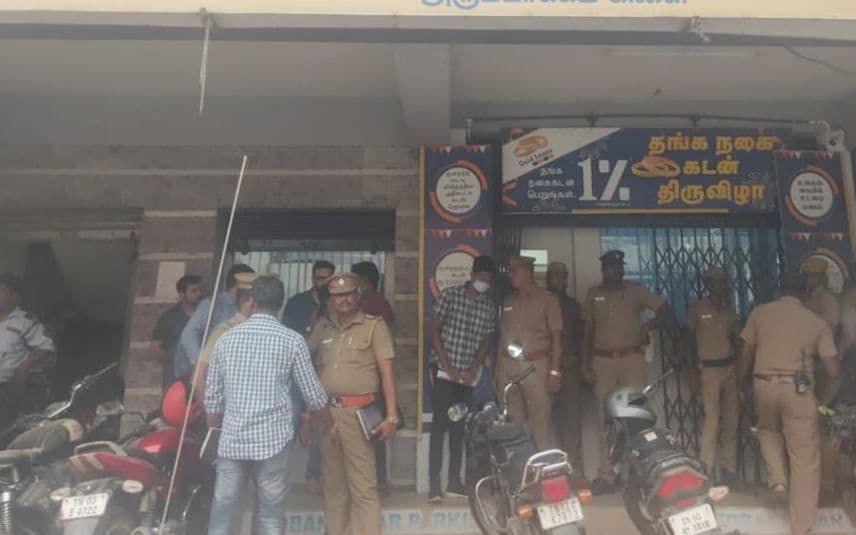 Chennai: Burglars struck at the branch of a non-banking financial company (NBFC) in the city and walked away with several gold jewels after allegedly tying up the customers and employees to the chair in broad daylight here on Saturday, police said.

Four special teams have been formed to probe the incident at the branch of Fedbank Financial Services Ltd (Fedfina) in the city and suspect that the incident might be the handiwork of an employee.

"We believe it must be the work of an employee. We are interrogating all the employees... Four special teams have been formed and they are currently investigating," Additional Commissioner of Police, Law and Order, North, T S Anbu told reporters after meeting senior officials of the NBFC in the city.

"We have identified the employee. He has been working as a regional development manager...everything is under investigation...We will nab him soon," he said responding to a query.

Since the incident occurred at the NBFC that is located close to Jawaharlal Nehru Salai, one of the arterial roads in the city, security has been tightened at the place.

According to Fedbank Financial Services Ltd (Fedfina) website, the company has over 463 branches across the country. It caters to products like gold loans, home loans, loan against property and business loans.

Sisters booked for stealing jewellery of passenger from bus