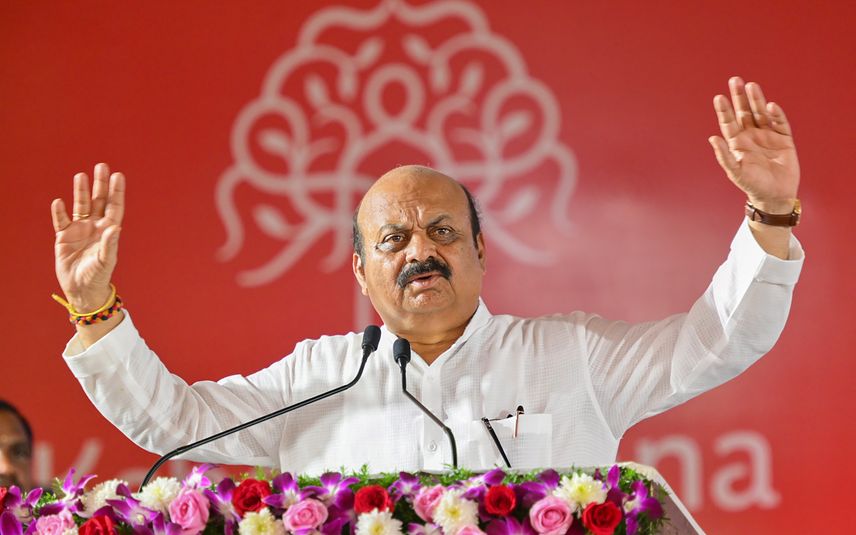 Bengaluru/Mumbai: A Maharashtra ministerial delegation that was supposed to visit Belagavi in Karnataka on Tuesday amid the border row between the two states seemed to have skipped its schedule due to the respective ministers' pre-decided events, even as Chief Minister Basavaraj Bommai assured his government was committed to protect the borders and ensure Kannadigas' welfare.

The two ministers, expected to be joined by a member of Parliament, were scheduled to meet activists of the Maharashtra Ekikaran Samiti (MES) at Belagavi in Karnataka on Tuesday and hold talks with them on the decades-old border issue. MES is an organisation fighting for the merger of Belagavi and some other border areas with the western state.

The development came a day after Karnataka Chief Minister Bommai said he will ask his Maharashtra counterpart Eknath Shinde to not to depute his cabinet colleagues--Chandrakant Patil and Shambhuraj Desai, to Belagavi as planned citing law and order, even as prohibitory orders were clamped in the district ahead of the proposed visit of the delegation.

When contacted, a close associate of Chandrakant Patil said, "the minister was in Pune on Monday and he has a number of meetings scheduled in Mumbai on Tuesday. The minister has in his official schedule stated he would attend all the meetings. I am not aware of any of his plans to visit Belagavi."

An official working with Desai also said the minister has some meetings and he will attend them.

"He has not informed us whether he will visit Belagavi today or not. We have no idea if he has made any other plans," the official added.

In Bengaluru, Bommai denied the issue had anything to do with the 2023 Assembly polls in the state and accused the neighbouring state of raking up the issue.

"There is no relationship with upcoming assembly elections and Karnataka's stand on the border issue. For many years now, it is Maharashtra that has been raking up the issue," he said. Maharashtra has raised the dispute and there is reaction from Karnataka, he added.

Speaking to reporters in Bengaluru, the CM maintained there is harmony between people of both states and it should not be disturbed.

"The case is before the Supreme Court, our stand is both legal and constitutional, so we are confident that we will win the legal battle. So there is no question of us wanting to create an issue out of it for the sake of elections. We are committed to protect the state's borders and our people, and also the interests of Kannadigas living in Maharashtra, Telangana and Kerala " he added.

Bommai had earlier instructed the officials concerned regarding the measures to be taken in case the Maharashtra delegation went ahead with its visit, and made it clear the government will not hesitate to take any legal action.

Belagavi district administration on Monday issued orders barring entry of the two Maharashtra Ministers and leaders to the city. Deputy Commissioner and district magistrate Nitesh Patil had issued prohibitory orders under section 144 of CrPC, barring their entry, besides that of a MP, who are members of the Maharashtra High Power Committee on the Border Dispute.

The border issue dates back to 1957 after the reorganisation of states on linguistic lines.

Karnataka maintains the demarcation done on linguistic lines as per the States Reorganisation Act and the 1967 Mahajan Commission Report as final.

Maha should stand firmly behind people from Marathi-speaking areas of K'taka: CM Shinde