Eighteen jawans were missing after five security personnel were killed and 30 others injured on Saturday in the fierce gun-battle with Naxals in a forest along the border between Bijapur and Sukma districts in Chhattisgarh, police earlier said. 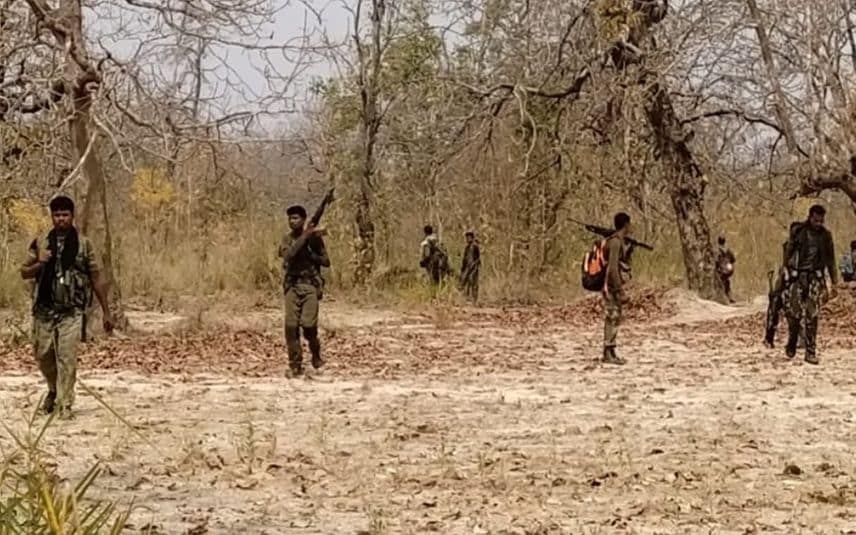 Raipur: Bodies of 17 of the 18 jawans missing after an encounter with Naxals in Chhattisgarh were recovered from the site of the skirmish on Sunday, police said. The number of security personnel killed in the encounter has gone up to 22, police said.

Eighteen jawans were missing after five security personnel were killed and 30 others injured on Saturday in the fierce gun-battle with Naxals in a forest along the border between Bijapur and Sukma districts in Chhattisgarh, police earlier said.

"On Sunday, bodies of 17 missing personnel were recovered during a search operation. With this, total 22 personnel have been killed in the gunfight," a senior police official said.

The bodies of three jawans who were reported killed on Saturday were also recovered, he said, adding that the search operation was still on in the forest. Some weapons of the security forces were also missing, the official said.

In a major joint offensive, separate joint teams of security forces, comprising over 2,000 personnel, had launched an anti-Naxal operation from Bijapur and Sukma districts in the South Bastar forests, considered as the Maoist stronghold, on Friday night.

The personnel belonging to the Central Reserve Police Force (CRPF), its elite unit CoBRA (Commando Battalion for Resolute Action), the District Reserve Guard (DRG) and the Special Task Force (STF) were involved in the operation launched from five places - Tarrem, Usoor and Pamed (in Bijapur), and Minpa and Narsapuram (in Sukma).

When the patrolling team that was dispatched from Tarrem was advancing through forest near Jonaguda, located around 500 km away from the state capital Raipur, it was ambushed by cadres of PLGA (Peoples' Liberation Guerilla Army) battalion of Maoists that led to gun-battle.

"Some jawans, both from the police and paramilitary, were reported to be missing following the encounter and efforts are on to trace them," he had said.

Out of the injured personnel, seven were admitted to a hospital in Raipur, while 23 others were undergoing treatment in the Bijapur district hospital.

Citing the "ground report", Pal had claimed that Maoists suffered a huge loss in the gunfight, but the body of only one woman Naxal could be recovered from the spot amid the heavy exchange of fire.

Union Home Minister Amit Shah on Sunday condoled the death of security personnel in the encounter, and said their valour will never be forgotten.

Shah also said the government will continue its fight against such enemies of peace and progress.

"I bow to the sacrifices of our brave security personnel martyred while fighting Maoists in Chhattisgarh. Nation will never forget their valour. My condolences are with their families. We will continue our fight against these enemies of peace & progress. May injured recover soon," he said in a tweet.

5 jawans killed in encounter with Naxals in Chhattisgarh