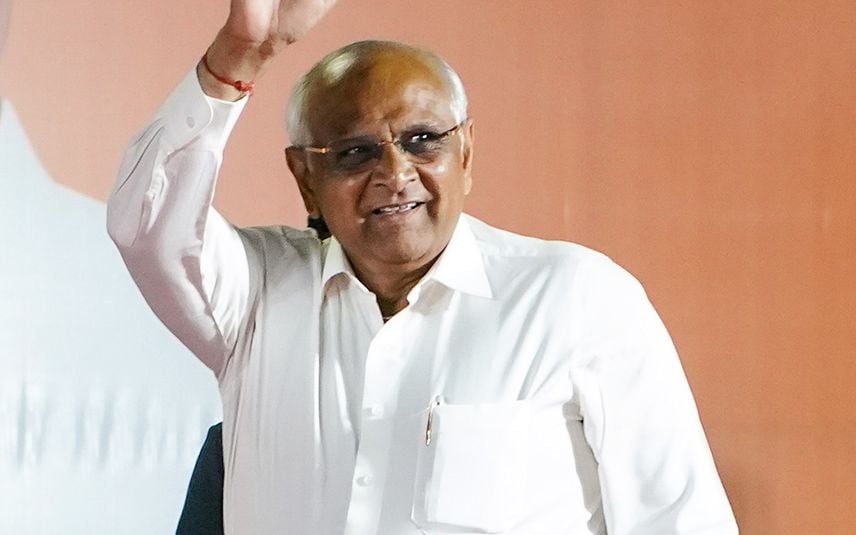 Ahmedabad: Gujarat Chief Minister Bhupendra Patel tendered his resignation along with his entire cabinet on Friday to pave the way for formation of a new government in the state after the ruling Bharatiya Janata Party's (BJP) landslide victory in the Assembly elections.

The BJP registered a historic victory in Gujarat by clinching 156 seats in the 182-member House.

This is just a formality as the party has already announced that Patel will be the next chief minister of the state ahead of the polls. On Thursday, the state BJP chief had once again announced the Patel would continue to occupy the top post in the state and his swearing-in ceremony would be held on December 12.

"The governor had accepted the resignation of the chief minister and his cabinet. Till the formation of the new government, Patel will remain as the caretaker chief minister," Desai told reporters outside Raj Bhavan.

In a letter, Paatil informed the governor that the BJP, which has won 156 out of 182 seats, has called a legislative party meeting of all the newly-elected MLAs on Saturday morning to elect a new leader, who will eventually become the next chief minister.

"The meeting of MLAs will be held at 10 am on Saturday at the party headquarter Kamalam in Gandhinagar. The governor will be informed about the election of a new leader in the afternoon, for which we have sought time from him. The swearing in of the new chief minister and his cabinet will take place as per the governor's instructions," Desai said.

Paatil had announced that the swearing-in ceremony of the new government will take place on Monday at the Helipad Ground in Gandhinagar.