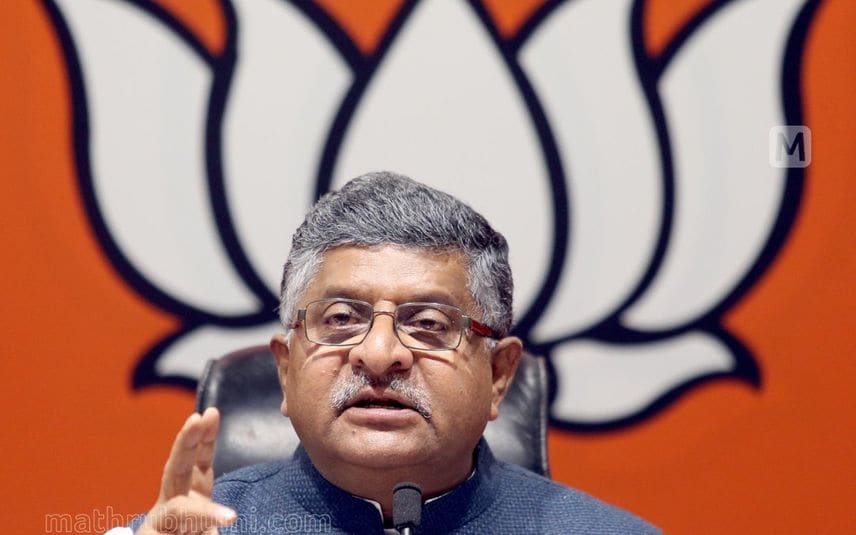 New Delhi: The BJP on Wednesday dubbed the Congress's 'Bharat Jodo Yatra' as "hollow" and claimed that it was essentially a "family-saving campaign" to keep control of Gandhis over the party and was another attempt to establish Rahul Gandhi as a leader.

BJP leader and former Union minister Ravi Shankar Prasad said Gandhi could not unify his own party as he took a swipe at the opposition party, saying there is a regular "court chorus" for him to become the party president again while he is often abroad.

"Essentially, it is a family-saving campaign. The family's and the party's political expanse has been shrinking while they face corruption charges. This is not about unifying the country but trying to establish him (Rahul) again as a leader. I would like to know how many times he will be launched and relaunched?" Prasad said while interacting with reporters.

Referring to the recent exits of leaders from the Congress, including that of Ghulam Nabi Azad, Prasad said Rahul Gandhi couldn't even unify his party.

The BJP leader also alleged that Gandhi had in the past "worked to weaken the country's unity" by seeking evidence of the Indian armed forces' action on terror camps inside Pakistan and questioned the government's various moves, including the lockdown during the COVID-19 pandemic.

His "record has been about weakening the country's unity" and now he is embarking on a tour to unify it, Prasad said.

"The country should know how hollow this yatra is", he said.

BJP leader and Assam Chief Minister Himanta Biswa Sarma also mocked the yatra, which begins on Thursday, as a "comedy of the century".

"The Bharat that we live in today is resilient, robust & united. The only time India was divided was in 1947 because Congress agreed to it. Rahul Gandhi ji should go to Pakistan for 'Bharat Jodo Yatra' if they want unification." he tweeted.