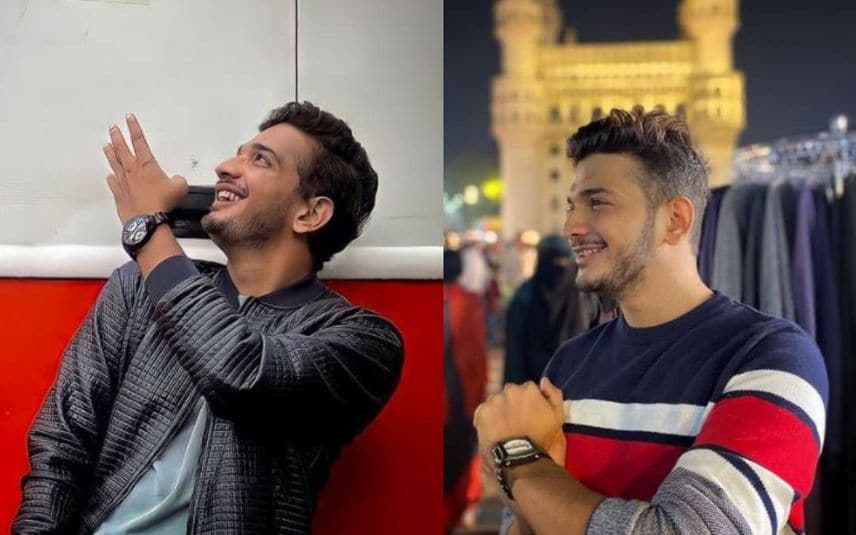 Bengaluru: The Bengaluru police have denied permission to Munawar Faruqui's stand-up comedy show in the city on Sunday amid protest by the Hindu right wing outfits who alleged that the artist had hurt the Hindu sentiments in one of his shows.

"Yes, we have denied him permission. He will not perform any public show today," a senior police officer told PTI on condition of anonymity.

Faruqui also shared a statement on social media confirming that his Bengaluru show that had sold "600 plus" tickets was cancelled Sunday in the wake of the "threats to venue vandalism" and said he was "done".

"My name is Munawar Faruqui. And that's been my time, you guys were (a) wonderful audience. Good bye, I'm done," he said.

The proceeds from the show were supposed to be donated to late Kannada star Puneeth Rajkumar's charitable organisation.

In the same statement, the 29-year-comic said they initially did not want to reveal that the show was for charity.

"Putting me in jail for the joke I never did to cancelling my shows which has nothing problematic in it. This is unfair. This show has gained so much love from people in India irrespective of their religion. This is unfair (sic)" he added in his Twitter statement.

Faruqui claimed that his 12 shows were called off in the last two months because of the threats to the venue and audiences.

The comedian also claimed they have a "censor certificate of the show", which proves there was "nothing problematic" in the stand-up act.

Ayyub urged the comic to not lose hope.

"And WE Failed once again as a society…. looking forward to see you back on stage.." he tweeted.

Bhasker described the turn of events as "heartbreaking and shameful" and apologised to Faruqui.

"A project of hate & bigotry twill always hate an articulate, rational, educated, charming, talented & funny ‘Other' who connects beyond identity with a heterogeneous public.. make no mistake Munawwar, Umar Khalid & other such articulate Muslims are a huge threat to Hindutva," she wrote on the microblogging site.

"Also.. it's heartbreaking & shameful how we as a society have allowed bullying and gaslighting to become normalised. I'm sorry Munawwar!" she said in a follow-up tweet.

According to reports, Faruqui had planned a performance 'Dongri To Nowhere' on Sunday evening. The show was organised in Bengaluru by Vishal Dhuria and Siddharth Das of New Delhi-based Curtain Calls Event.

However, various right wing organisations including Sriram Sena and Hindu Janajagruti Samiti, had lodged a complaint with the Bengaluru city police Commissioner against the comedian charging him of hurting the religious sentiments of Hindus by allegedly insulting Hindu Gods.

The inspector of the Ashokanagar police station in the city under whose jurisdiction the Good Shepherd Auditorium falls wrote a letter to the organisers on Saturday to call off the event as the comedian is a controversial figure.

"It is learnt that Munawar Faruqui is a controversial figure..... Many states have banned his comedy shows. It is learnt that a case has been registered against him in the Tukoji police station in Indore of Madhya Pradesh," the inspector said in his letter.

He also stated that many organisations are opposing his show, which may cause chaos, disturb peace and harmony and create a law and order problem.

"Therefore, it is suggested that you should cancel Faruqui's stand-up comedy show," the letter said.

Earlier this year, Faruqui was arrested by the Indore Police in a case for allegedly hurting religious sentiments and was in jail for almost a month. The comic, who has alleged heavy trolling against him on social media in the past, was released from the Indore central jail on February 7 after the Supreme Court granted him bail in the case.

Faruqui and four others were arrested on January 1 following a complaint by a BJP MLA's son that objectionable remarks about Hindu deities and Union Home Minister Amit Shah were passed during a comedy show at a cafe in Indore on New Year's day.

The Apex court also stayed the production warrant issued against Faruqui by a court in Prayagraj in connection with an FIR lodged there.