Bommai has by and large gone with old faces, as 23 of them were Ministers in the previous B S Yediyurappa cabinet, while six are new. 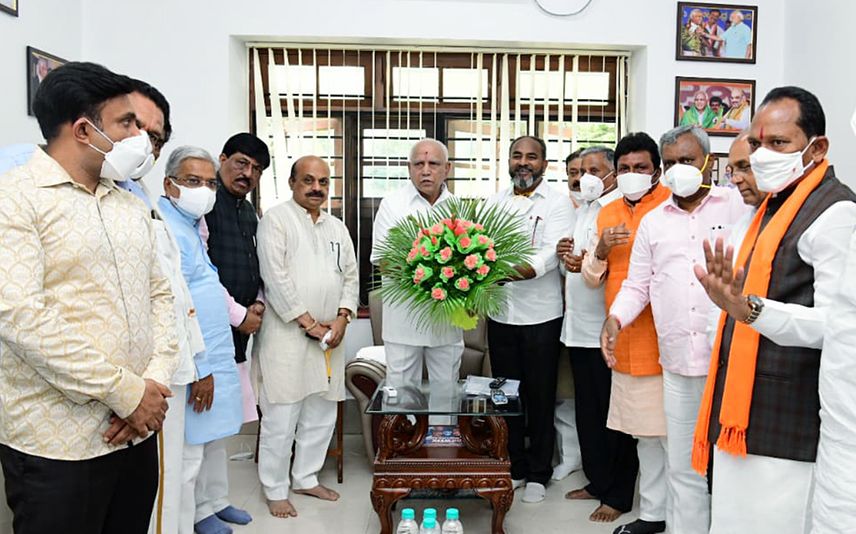 The new Ministers were administered oath of office and secrecy by Governor Thaawarchand Gehlot at the Raj Bhavan here.

Bommai has by and large gone with old faces, as 23 of them were Ministers in the previous B S Yediyurappa cabinet, while six are new.

Bommai, who was elected as the new leader of the BJP legislature party last week, following Yediyurappa's resignation, had taken oath as the Chief Minister on July 28.

Keeping up the "promise", Bommai has inducted 10 legislators who had joined BJP after quitting Congress-JD(S) coalition in 2019, and helped the saffron party to come to power.

Eleven of them were Ministers in the Yediyurappa government, out of them two Shrimant Patil and R Shankar have not made it the Bommai cabinet, while Munirathna has been newly inducted.

Earlier today, Bommai said there will be no Deputy Chief Ministers in his cabinet as per the high command's directions, also Yediyurappa's younger son and state BJP Vice President B Y Vijayendra is not among the Ministers who will be sworn-in.